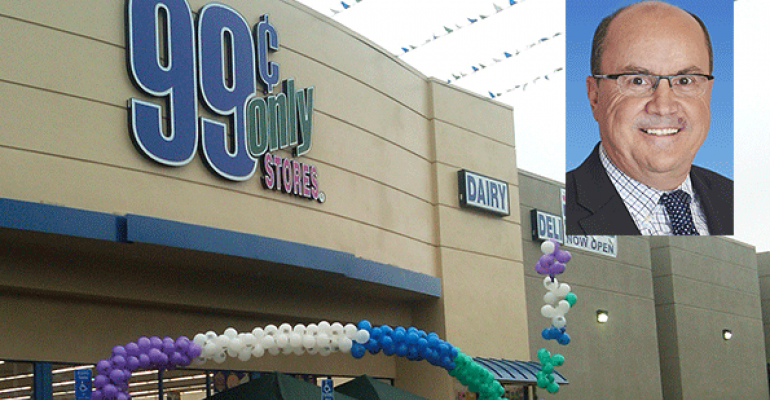 Sinclair will be responsible for the merchandising and marketing functions for 99 Cents Only. Sinclair has more than 30 years of experience in grocery retail in North America and Europe.

He most recently served for more than seven years as EVP of grocery for Walmart U.S., generating substantial growth through a focus on local assortment and fresh foods.

Sinclair previously spent 14 years at U.K.-based Safeway PLC supermarkets where he served in a variety of roles, eventually becoming group marketing and trading director, in which he ran all store operations and merchandising for the U.K.'s third largest grocer.

"Jack's significant experience in retail merchandising will be an asset to 99 Cents Only Stores as we continue to improve the execution of our core business plan that emphasizes a strong mix of seasonal, grocery, and close-out products," Andrew Giancamilli, interim CEO of 99 Cents Only, said in a statement. "His deep knowledge of the grocery and fresh food category will be particularly valuable, given the importance of these categories to our customers and for driving traffic in our stores."

Based in City of Commerce, Calif., 99 Cents Only operates 384 stores in four Western states.