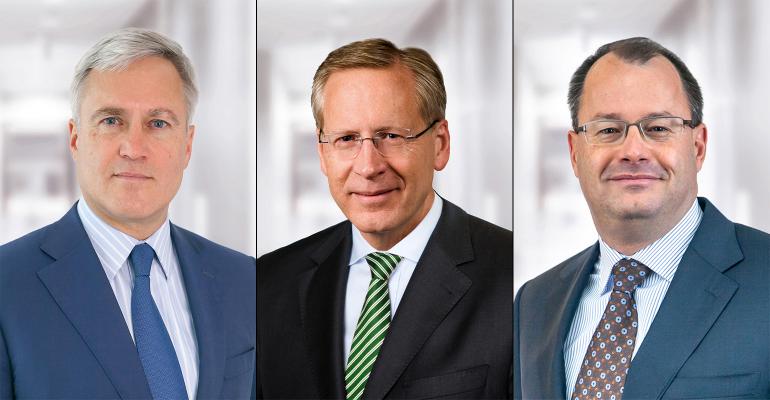 Analysts weigh in on McCann's abrupt departure at Ahold

Move may have surprised retailer, though some say a change couldn't hurt

James McCann’s abrupt departure from the top U.S. role of Ahold Delhaize appears to have come of his own volition and may have caught the big retailer by surprise, according to an analyst covering the company from Amsterdam.

In an interview with SN Wednesday, Fernand de Boer of Petercam said the fact that the company placed co-U.S. COO Kevin Holt in charge of McCann’s responsibilities to oversee Stop & Shop and Giant banners in the Northeast while leaving Holt’s areas of focus — Hannaford and Food Lion — to an interim leader in deputy CEO Frans Muller indicates the company was acting in the short term.

Muller is the former CEO of Delhaize Group, the parent of Hannaford and Food Lion that completed a merger with Ahold over the summer.

“In my opinion, this shows [McCann’s departure] was not in the plans for Ahold,” de Boer said.

As previously reported, some analysts in Europe questioned whether the combined companies required two COOs, citing the opportunity to generate greater synergy savings from the merger. According to de Boer the company was aware of this criticism, but had defended the outlined structure citing the need to integrate their operations first.

According to de Boer, McCann’s leadership at Ahold USA was largely met with approval in Amsterdam, particularly for engineering the transformation of Ahold’s U.S. banners at a lower cost than had been expected, although sales results of McCann’s “Project Thunder” have been gradual.

“Same-store sales are still below the medium-term plan,” he added, “but that could be a market issue.”

Regardless of the circumstances of McCann’s departure, a change at Ahold could be welcome, New York-based industry observer Burt P. Flickinger III, told SN.

“My view of Ahold is that they’ve been struggling for too long,” Flickinger, managing director of Strategic Resource Group, said in an interview. “They had a good run beating up on companies like A&P but now that they’re facing well-capitalized and capably run competitors from Costco and BJ’s, on the big-box side, to Wakefern/ShopRite and Market Basket, its been difficult for them, and maybe it’s time for other voices.”

Flickinger said other areas of the company had also experienced struggles at Ahold USA under McCann's watch, including Peapod and the Martin’s operation in Richmond, which Ahold is in the process of exiting.

“Project Thunder made a lot of noise,” Flickinger maintained, “not a lot of business lightning.”