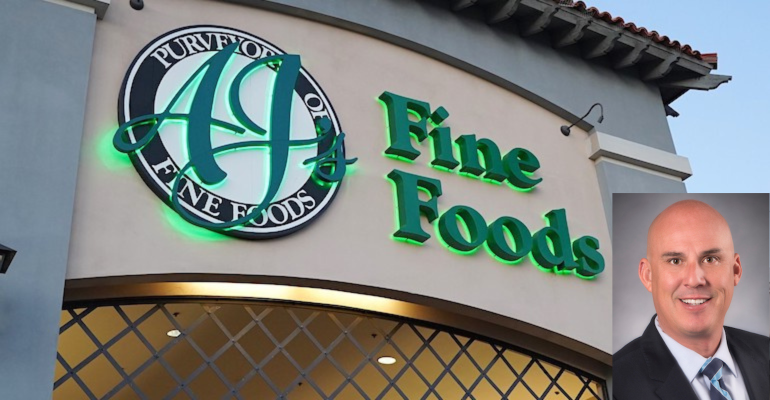 Bashas'
Mead has been with the Bashas’ Family of Stores for 28 years and will now be charged with directing the 11 AJ's Fine Foods stores in Arizona.
News>Executive Changes

Jayson Mead has been promoted to vice president of AJ’s Fine Foods at Bashas’ Family of Stores.

In the vice president’s role, Mead will oversee long-range strategy, brand positioning and performance for the AJ’s Fine Foods brand, which has 11 stores in Arizona, Phoenix-based Bashas’ said yesterday.

Mead also will work to further enhance the shopping and culinary experience at AJ’s as the banner readies for future expansion, the Southwestern grocer added.

Most recently, Mead served as senior director of fresh foods, with responsibility for the deli, bakery, produce and meat categories at all of Bashas’ retail formats.

The grocer noted that Mead has been with the company for 28 years, starting as a courtesy clerk in 1993 at the Bashas’ supermarket in Lake Havasu, Ariz. Since then, he has held more than 10 positions within the store and management team, ranging from cashier, produce clerk and produce manager to store director, assistant director of operations and director of operations at AJ’s Fine Foods.

“Jayson, Gabe and Jorge have each demonstrated decades of tenacity, growth and commitment to their respective roles within Bashas’,” President Edward “Trey” Basha said in a statement. “Recognizing these talented leaders for their exceptional work ethic and loyalty reinforces the value we place on nurturing growth opportunities for ambitious team members.”

Overall, the Bashas’ Family of Stores operates more than 110 grocery stores under the Bashas’, Bashas’ Diné, Food City, AJ’s Fine Foods and Eddie’s Country Store banners in Arizona, New Mexico and the four Tribal Nations. In December, the company closed a deal to be acquired by Western grocer Raley’s to form The Raley’s Cos., for a total of 234 stores also under the banners Raley’s, Bel Air, Nob Hill Foods and Raley’s O-N-E Market in California and Nevada.