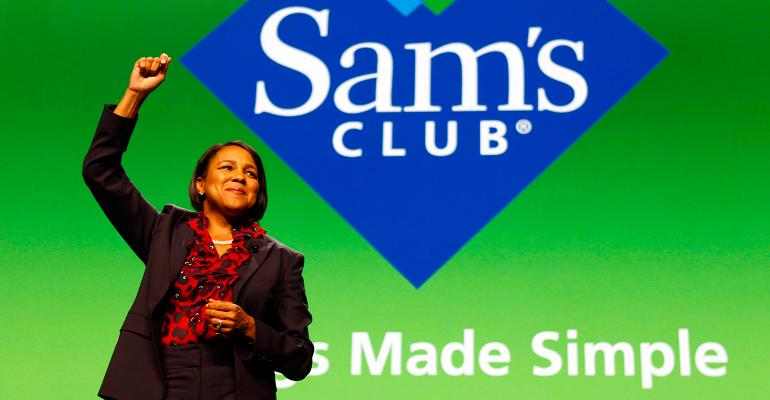 Rosalind Brewer, who was midway through the process of repositioning Sam’s Club as a more upscale offering in the Wal-Mart Stores’ arsenal, is departing the company effective Feb. 1, parent company Walmart said in a financial filing Friday. She will be replaced by John Furner (pictured), who since October of 2015 has been working for Brewer as Sam’s Club’s chief merchandising officer.

Brewer has served as Sam’s CEO since February of 2012, when she took over the role from Brian Cornell, who subsequently became Target’s CEO. Under Brewer’s watch Sam’s has grown to 650 warehouse clubs, $57 billion in annual sales and $1.8 billion in operating income, though same-store sales have been erratic and top line sales have been more sluggish than Brewer would have liked.

For a little more than a year, Brewer has led an effort to transform Sam’s Club behind higher-end and unique offerings with appeal to more affluent shoppers, including what she called an “elevated” food experience in some stores: U.S. Prime steaks, more organics, a revamped deli and high-end adult beverages.

The company was also reducing the number of private brands and consolidating its offerings under the Makers Mark label.

These changes would bring Sam’s Club in more direct competition for customers with Costco, its larger U.S. club rival, while being less likely to cannibalize the base of Walmart Supercenters, sources noted.

In a memo to employees Doug McMillon, Walmart’s CEO, said Brewer, 54, was leaving the company because “she wants a new challenge.”

According to terms of a retirement agreement between Brewer and Walmart, Brewer will receive a total of $1.9 million in payments through January of 2019, and certain of her restricted stock holdings will vest upon her departure. The agreement also prohibits Brewer from working for a competitor for two years.

The head merchant behind many of the Sam’s Club changes will succeed Brewer, suggesting the company’s strategic transformation will continue.

In addition to his current role at Sam’s Club, Furner, 42, is a former chief merchant for Walmart China; and prior to that served as SVP for home and apparel and SVP of proprietary brands and merchandising solutions. Furner joined Walmart as an hourly store associate in 1993 and served in a variety of roles including store manager, district manager, and buyer before being promoted to VP in 2006.

“In John, we see someone who loves the company and our associates, has learned the business from the bottom up and across, and has the desire to lead change which is so necessary in today’s environment,” McMillon said. “He’ll be a great CEO for Sam’s.”