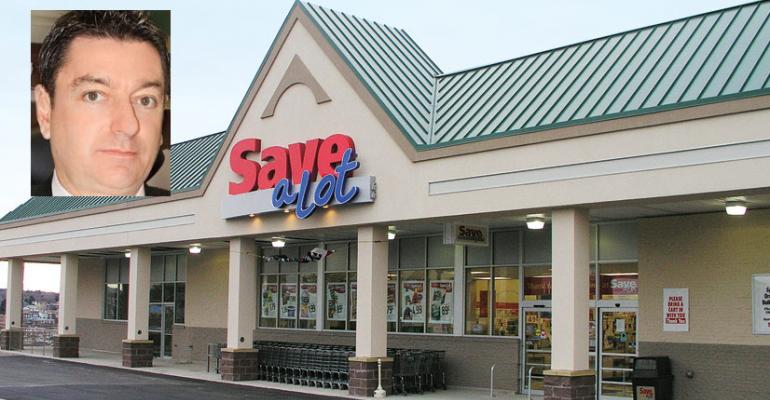 Supervalu on Wednesday said it has appointed former A&P CEO Eric Claus as the new CEO of Save-A-Lot, the company’s hard-discount grocery segment.

Claus, 59, joins Supervalu after spending the past two-plus years as the chairman, president and CEO of Red Apple Stores, a chain of value retail stores in Canada. Claus is expected to start in his role with Save-A-Lot on or before Jan. 4.

Ritchie Casteel, the current Save-A-Lot CEO, will remain with the company as president and report to Claus, Supervalu added. Casteel will continue to oversee day-to-day store operations while working closely with Claus on Save-A-Lot’s market development, store growth plans and preparation for the possible spin-off of Save-A-Lot.

“I’m very pleased that Eric is joining our Supervalu team to serve as CEO of Save-A-Lot,” Supervalu president and CEO Sam Duncan said in a statement. “He has a great background in food retailing, and is a smart and charismatic leader. His strengths in and experience with the hard discount format as well as his history leading retail companies will be important as we look to finish our fiscal year strong and as we continue to position Save-A-Lot for the future.”

Jerry Storch, the company’s non-executive chairman said, “Eric brings tremendous experience to Save-A-Lot. The Supervalu board of directors is looking forward to Eric adding his strategic and long-term planning capabilities to the company and working together on our continued exploration of a potential separation of Save-A-Lot.”

Claus has more than 30 years of experience in retail with stops in his native Canada and in the U.S. He began his career with the Canadian department store Steinberg’s, then became CEO of New Brunswick-based Co-Op Atlantic.

He joined A&P Canada as its president and CEO in 2002 and joined its U.S. division when the parent company sold its Canadian assets in 2005. At A&P Claus pioneered a fresh format store, and a multi-format strategy upon the acquisition of rival Pathmark, but he was thrown out as new investors that came along with Pathmark took a greater control of the company. A&P filed two bankruptcies following his departure.

“I’m also very grateful and appreciative for all the work and positive results that Ritchie has delivered in his leadership role at Save-A-Lot,” Duncan added. “When I came to Supervalu, Ritchie was one of my first appointments and he has done a phenomenal job these past two and one-half years. He is a tremendous leader and operator and it reflects in the performance we’ve experienced in our corporate stores and in the confidence he’s helped restore with our licensees. I look forward to Ritchie working closely with Eric to drive sales and growth at Save-A-Lot.”

Save-A-Lot is headquartered in St. Louis, and has approximately 9,300 employees nationwide supporting 1,342 stores, of which 901 are operated by licensee owners. The business also operates 17 distribution centers.

Supervalu announced in July that it was exploring a separation of its Save-A-Lot business, and that as part of that process it had begun preparations to allow for a possible spin-off of Save-A-Lot into a stand-alone public company. The company said Wednesday that it was continuing those preparations, but reiterated that there was no assurances a spinoff would occur.