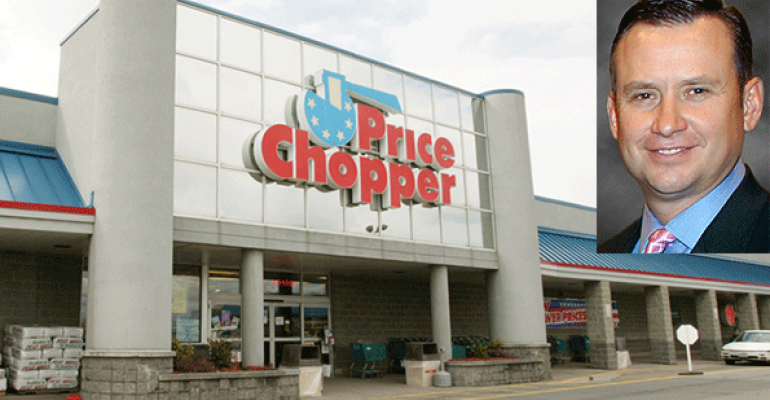 Scott Grimmett, the executive who led the ongoing effort to reposition Price Chopper stores under a revamped Market 32 banner, has been named CEO of parent company Golub Corp. effective Wednesday.

He succeeds Jerry Golub, who will take on a new role as vice chairman for the Schenectady, N.Y.-based company.

Grimmett, 57, becomes the first non-family member to lead the 84-year-old company. He joined Golub as EVP and COO in 2012 following a 37-year career at Safeway. He was named president a year ago.

Mona Golub, a spokeswoman for the company, told SN Wednesday the change was part of a planned succession.

In a release, the company lauded Grimmett's vision in spearheading development of the brand architecture for Market 32, a reinvented supermarket built around changing customer expectations. Golub, which intends to rebanner all of its stores under that concept, said the new and remodeled Market 32 stores have already achieved strong results.

“This is an exciting time for our company,” Neil Golub, chairman of the board, said. “While international conglomerates and Wall St. continue to consolidate our industry, we are investing in our future as a strong, American-owned, family-built regional chain. The design work that we invested in Market Bistro [2010-2014], coupled with the brand-defining innovation that has given rise to our first few Market 32 concept stores has not only laid the groundwork for our continued growth, but also fueled the acceleration of our plans to modernize our stores under the Market 32 banner."

Jerry Golub, 57, was named CEO on Jan. 1, 2012 as Grimmett joined the company. Jerel Golub has been elected vice chairman of the board and will lead a new board finance committee focused on accelerating the conversion of Price Chopper stores to the new Market 32 banner. Jerel and Neil Golub are second cousins and descendants of founders Bill and Ben Golub.

Grimmett will have responsibility for the overall day-to-day operations of Price Chopper and Market 32. In his new role, he will also influence the strategic direction of the company and report to the board of directors through Neil Golub, who remains chairman of the board.

Scott possesses unique skills and perspectives that have helped us significantly elevate how we approach our business.  I am confident that in this new role he will continue to lead us to new heights,”