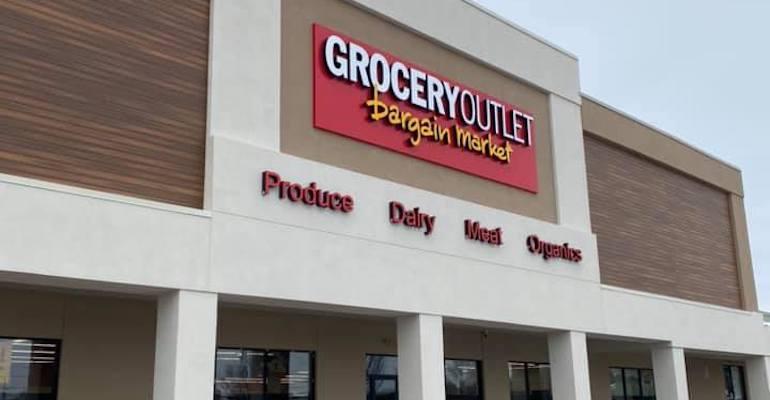 Grocery Outlet
Read had served as co-CEO with cousin and current Grocery Outlet CEO Eric Lindberg from 2006 to 2018.
News>Executive Changes

MacGregor Read, vice chairman at Grocery Outlet Holding Corp. and a former co-CEO, has retired from the company.

Emeryville, Calif.-based Grocery Outlet said Read stepped down as vice chairman effective Sept. 1. He has been with the fast-growing value grocery chain since starting there as an intern nearly 30 years ago.

“I want to thank Eric and the entire Grocery Outlet family for the best three decades of my life,” Read said in a statement. “While I step away and enjoy this next chapter, I look forward to watching the continued success of Grocery Outlet. I have the utmost confidence in the leadership team, our unique model and independent operators who bring our treasure hunt shopping experience to customers across the country each day.”

After joining Grocery Outlet in 1993, Read (pictured left) served in a range of roles across such areas as purchasing, retail merchandising, and real estate and construction. He became co-CEO in 2006 with cousin and current Grocery Outlet CEO Eric Lindberg and held that post through the end of 2018, when he shifted to the executive vice chairman role. He was named nonexecutive vice chairman in January 2020. Erik Ragatz has served as chairman since October 2014.

Grocery Outlet noted that, under Read’s tenure, the company generated significant sales growth and ramped up its store base, expanding the grocer’s national footprint. As of the end of its fiscal 2022 second quarter, Grocery Outlet operated 425 stores in California, Washington, Oregon, Pennsylvania, Idaho, Nevada, New Jersey and Maryland. The company tallied fiscal 2021 sales of nearly $3.1 billion.

“After 16 years of service on our board and nearly 30 years as part of the Grocery Outlet team, the impact MacGregor has had on the trajectory and success of our business is unmatched,” Lindberg stated. “MacGregor has been a steadfast and strategic partner to me and the rest of the leadership team, helping build and solidify the most unique aspects of our business model – how we buy and how we sell.”

Describing itself as an “extreme value” retailer, Grocery Outlet touts big discounts on brand-name products and has said a typical shopper basket is priced 40% to 70% less than that of conventional grocers. Stores are run by independent owner-operators from the communities they serve, allowing locations to cater closely to changing customer preferences. Shopper savings is achieved through a sourcing model of procuring surplus inventory and product overruns directly from thousands of supplier partners. That includes a changing assortment of products with “WOW!” prices, fostering “treasure hunt” shopping.