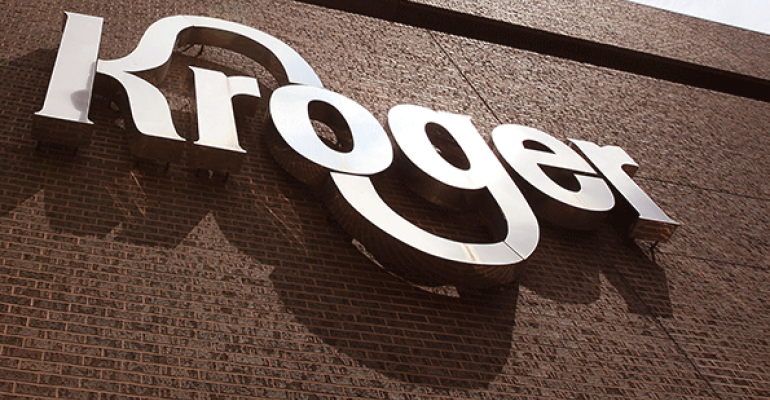 Kroger on Thursday announced a series of executive level promotions as well as a new SVP of retail operations and a new president of its Cincinnati-Dayton division.

"Kroger is fortunate to have an exceptionally strong group of leaders across our company," Rodney McMullen, Kroger's chairman and CEO, said in a statement. "Our entire senior leadership team brings unmatched depth and experience to achieve our goals. This new organizational structure will help Kroger achieve laser-focus to accelerate growth, improve our connection with customers and deliver value for shareholders."

Also Thursday, Kroger announced the retirement of SVP of retail divisions Geoff Covert, and the promotion of Sukanya Madlinger as his successor. Madlinger currently serves as the president of Kroger's Cincinnati/Dayton division. She will be succeeded by Tim Brown, who currently serves as president of Kroger's Delta division, based in Memphis. Brown's successor will be named at a later date.

Donnelly, 57, will continue to lead the company's merchandising, procurement and marketing teams. He has additional responsibility for digital, manufacturing and corporate brands, supply chain, culinary innovation, The Little Clinic and Vitacost. Donnelly joined the company at Fry's Food Stores in California in 1978 and was promoted to his current position in 2011.

Hjelm, 54, will continue to serve as CIO and lead Kroger technology, research and development, and the company's customer connect and support centers. In this expanded role, he will take on additional responsibilities for the 84.51 Degrees business, indirect sourcing and corporate travel. Hjelm joined Kroger in 2005.

Schlotman, 57, will continue to serve as CFO, and will take on additional responsibilities for convenience stores, jewelry stores, data integrity and risk management. Schlotman joined the company in 1985 and was promoted to CFO in 2000.

Morganthall, 64, will lead all supermarket retail operations for Kroger. Under this new structure, Kroger's three SVPs responsible for retail divisions will report to him. Morganthall began his career in grocery retail in 1978 with Spartan Stores in Michigan and joined Harris Teeter in 1986. He joined Kroger in 2014 as part of the Kroger-Harris Teeter merger and was promoted to his current position in June.

Covert, 64, is retiring after nearly 20 years with the company. (99 Cents Only Stores on Friday named Covert as president and CEO.) Before joining Kroger, he spent 22 years with Procter & Gamble. Covert joined Kroger in 1996 as VP of the grocery products group. He later served as SVP and president of Kroger manufacturing, before being named president of the company's Cincinnati/Dayton division. In 2010, he was promoted to SVP of retail operations. He has served in his current role since 2012.

"We have valued Geoff's insights and contributions to our manufacturing and retail operations teams," McMullen said. "We thank Geoff for his many years of dedicated service to Kroger, and wish him and his family the very best in retirement."

Madlinger, 52, succeeds Covert as SVP of retail divisions. She joined Kroger in 1986 in the store management training program and has held various leadership positions in operations and merchandising before being named to her current role as president of the Cincinnati/Dayton division in 2010.

"Sukanya is an outstanding executive whose leadership has always reflected her passion for our associates and the customers we serve," McMullen said. "Her experience and commitment to our customer first strategy will make her a great addition to our senior leadership team."