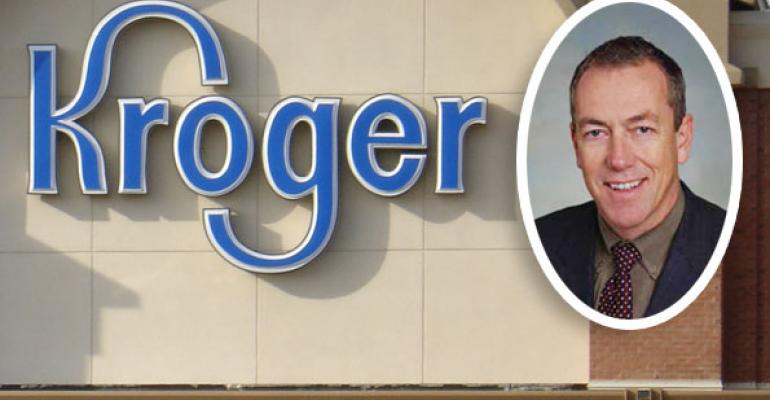 In what appears to be an abrupt parting, Kroger said Tuesday that its president and COO, Mike Ellis, had retired effective immediately. A successor would be named at a later date.

Ellis, 56, had been named president and COO effective Jan. 1, 2014, and had served the company for 40 years. He joined Fred Meyer as a parcel clerk as a teenager in 1975 and went on to become VP of Fred Meyer's food group before joining Kroger as a senior officer in 2004. He returned to lead Fred Meyer as president in 2006. He was promoted to SVP of retail divisions in 2012, leading five operating divisions, as well as Kroger's jewelry and convenience store businesses.

"We're very grateful to Mike for his contributions over the past 40 years, and we wish him all the best in retirement," Rodney McMullen, Kroger's chairman and CEO, said in a statement. "We have long taken a team approach to leadership and together our highly-experienced team of operators and merchandisers is focused on delivering on our aggressive growth goals."

In a filing with the Securities and Exchange Commission, Kroger said it had entered into an agreement pursuant to which, in exchange for Ellis' fulfillment of certain confidentiality, cooperation and other restrictions, all of his granted, but unvested, stock options will be deemed vested and will become exercisable on June 29, 2018. The agreement also includes a general release and waiver of any and all claims by Ellis in favor of the company and its affiliates. McMullen will be considered the Kroger "principal operating officer" and "president" effective immediately for SEC reporting purposes.