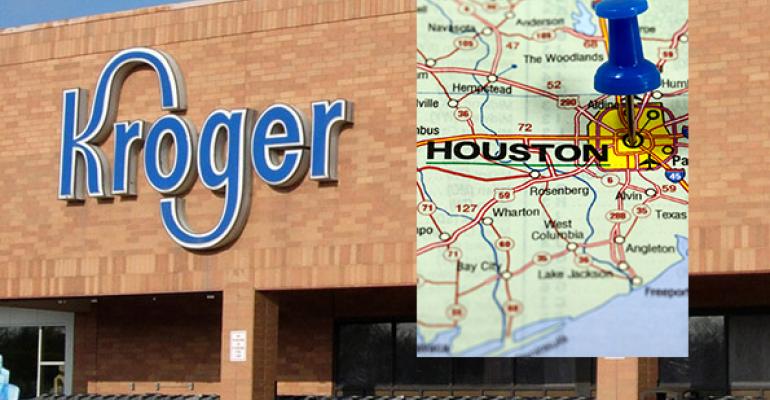 Kroger Co. on Tuesday announced the retirement of Houston division president Bill Breetz, and the promotion of Marlene Stewart to succeed him. Stewart currently serves as president of the company's Dillons division.

"Kroger has an exceptionally strong team of leaders who are fueling our growth and improving our connection with customers," Rodney McMullen, Kroger's chairman and CEO, said. "Marlene, Colleen and Pam bring unmatched depth and experience to their new roles. They will help Kroger continue to make a difference for our customers, associates, and communities — and by doing so, create value for our shareholders."

Breetz will retire from the company after 44 years of service, effective Aug. 26. "Bill's extraordinary career demonstrates a passion for people and a passion for results. He leads by caring deeply about associates and developing future leaders," said McMullen. "Bill's leadership has contributed to Kroger's success and growth. The entire Kroger family thanks Bill for his many contributions over the years and wishes he and his family all the best in retirement."

Breetz began his Kroger career in 1972 as a bagger in Louisville, Ky. After earning a degree at the University of Louisville in 1977, he joined the management training program and was named a co-manager in Cincinnati. He served in several leadership positions through the years, including store and district management and VP of merchandising for the company's Cincinnati/Dayton division. In 2000, Breetz was promoted to EVP of Kroger's Southwest division with responsibility for operations in Dallas. In 2001, he assumed responsibility for operations in Houston as well. He was named president of the Southwest Division in 2002, and president of the Houston Division in 2015.

â€‹Breetz has been active in a variety of community organizations throughout his career, most recently supporting the Houston Food Bank, the Greater Houston Partnership, the Boy Scouts of America, the Muscular Dystrophy Association and other local charities. Breetz and his wife, Jo Ann, have three children and three grandchildren.

Stewart, currently president of the Dillons division, started her career with Kroger in 1977 as a bagger in the company's Cincinnati division, where she worked full-time while attending the University of Cincinnati. She went on to serve in many leadership roles in Cincinnati, including store and district management, training and merchandising. In 2005, Stewart was named director of operations for Kroger's Mid-Atlantic division before being named VP of operations in 2007. She was named VP of merchandising in the company's QFC division in 2011, and to her current role in 2015.

â€‹Juergensen was named to her current role in 2012, and was a former VP of operations for Dillons. She succeeds Stewart effective Aug. 1.

Matthews has been promoted to president of the QFC Division, effective August 1. She replaces Dennis Gibson, who was recently named president of the King Soopers/City Market Division. Matthews began her career with the company's Fred Meyer division, based in Portland, Ore, in 1980.