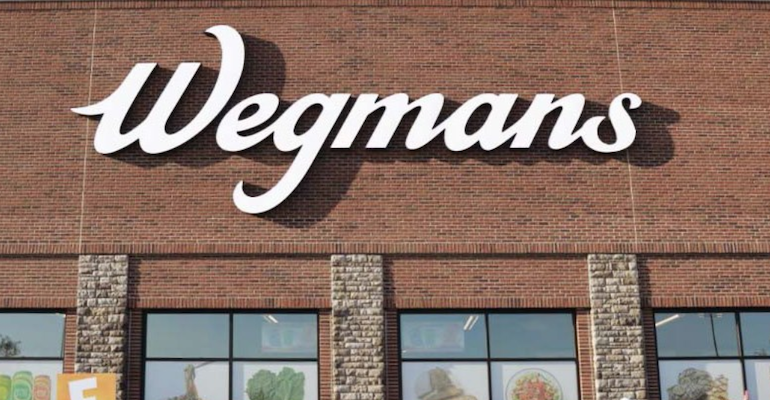 Wegmans
Marty Gardner plans to retire from Wegmans next month after serving more than 40 years across departments and functions.
News>Executive Changes

Plans call for Gardner to retire in May, Rochester, N.Y.-based Wegmans said Tuesday. He currently holds the title of senior VP for merchandising, distribution, manufacturing, food safety and pharmacy.

“Marty has made a significant impact through his passion for excellence across every area of our company,” Colleen Wegman, president and CEO of Wegmans Food Markets, said in a statement. “He cares deeply about helping all of us be our best and inspires a strong sense of responsibility, ensuring we’ve thought everything through and are doing the right thing.” 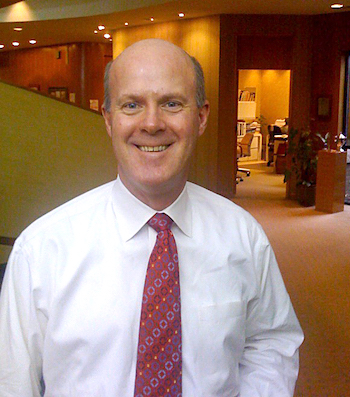 Gardner (left) began his career at Wegmans in 1982 as a night manager at the Lyell Avenue store in Rochester. After that, he rose through the ranks in merchandising, becoming VP of meat and seafood merchandising in 1996 and seven years later being promoted to senior VP of merchandising seven years later. Over the past 19 years, Gardner has worked in merchandising for fresh foods, center store, the Wegmans store brand, and pharmacy, as well as operations for distribution, manufacturing, food safety and quality assurance.

Wegmans noted that Gardner’s teams have implemented many key initiatives over the years. For example, the company said, he helped redefine the duties of a category merchant so they could oversee one category across multiple departments. Also, Wegmans merchant training positions were developed under his oversight, and the program has developed dozens of people who advanced to store manager, group manager, division manager and vice president roles.

“It’s important to respect the discipline and the process,” Gardner commented. “But the best efforts, and the biggest results, come from following your heart and your instinct, especially in instances where you do not have all the data.”

As Wegmans brand manager, Gardner’s team set a process for creating unique products by surveying customers to determine which items were most desirable. Resulting products have included WPOP, Wegmans Ultra-Soft Diapers and Ultimate Chocolate Chip Cookies. Wegmans said that, in recent years, it has reinvested in its culinary and customer-focused product development process through its “Win Our Way In” (WOWI) program. Implemented under Gardner’s guidance by Wegmans Brand President Nicole Wegman, the program enables customers to provide feedback on new products before they hit shelves.

“When Marty was rolling out our customer-focused product development process, he met with every merchant to deep-root the principles until it became second nature for all of us,” Nicole Wegman stated. “Now the customer-focused product development process is instrumental in ensuring we launch the very best Wegmans brand items for our customers. I’m grateful for Marty’s commitment to helping us all be our best.”

Also, in 2004, Gardner contributed to the creation and rollout of W-Retail, an initiative that Wegmans said “dramatically improved store conditions” by creating consistency between stores and bringing new products to store shelves faster. His team pioneered a new way of communicating with suppliers that streamlined work by putting the people responsible for each functional area in direct contact with their vendor counterparts, the grocery chain noted.

Gardner, too, has advised on many industry initiatives, including FMI’s Direct Product Profitability, leading the Wegmans’ team in Efficient Consumer Response, implementing “New Ways of Working Together” and perishable category management. He also served on the GS1 US Board of Governors for nine years.

“Marty will be greatly missed, and his legacy of high standards and caring will be a part of us forever,” Colleen Wegman added. “On behalf of all of us, we wish Marty the very best in his retirement.”