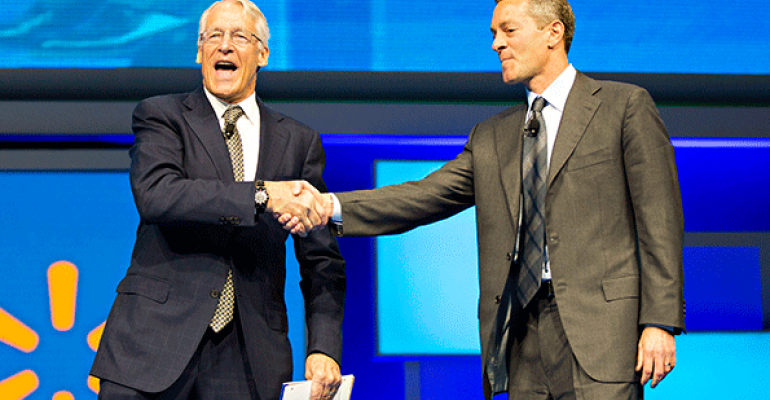 Greg Penner will take over for his father-in-law Rob Walton as chairman of the board of Wal-Mart Stores, effective Friday, the company announced at its annual meeting in Fayetteville, Ark.

Penner, 45, will be the third chairman in Walmart's 53-year history. Rob Walton, 70, had served in that role since 1992, when he took over for his father, Walmart founder Sam Walton.

"This transition demonstrates Walmart's commitment to long-term succession planning and keeping high-caliber, capable leaders at the head of our company," Walton said in a statement. "Greg's service to Walmart spans more than 15 years, and during that time he has had a significant impact, both as an associate and a board member the past seven years. Greg has done an outstanding job as our vice chairman over the past year, and he has provided strong leadership and guidance as chairman of our technology and ecommerce committee since it was formed in 2011. He brings an ideal blend of finance, technology and international business expertise — as well as a deep knowledge and love of Walmart — to this role."

Penner began his career at Goldman Sachs as an analyst and joined Walmart as management trainee, holding several positions around the company, including SVP of finance and strategy for Walmart.com; and SVP and CFO of Walmart's operations in Japan. Since 2005 he has been a  partner in the private investment firm Madrone Capital Partners.

Also Friday, the board adopted composition changes so that most independent directors will serve on two committees.