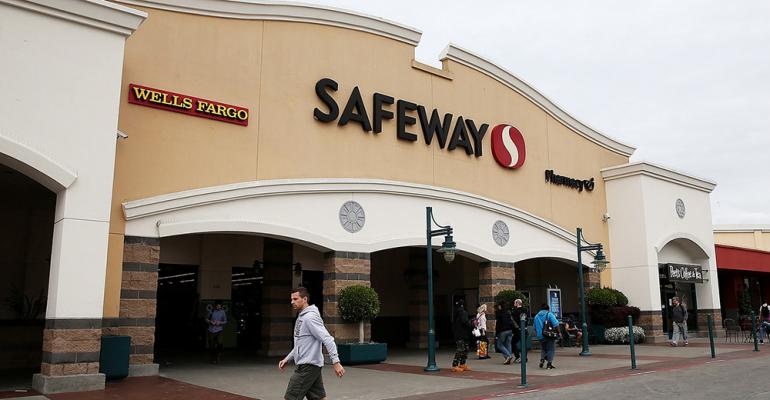 Perkins remains executive VP, retail operations and special projects at Albertsons, and he also remains president of the Acme chain in the Philadelphia region. Safeway’s Eastern Division operates more than 120 locations in the Baltimore-Washington area, and has long been seen as having potential synergies with the Acme chain.

One of the challenges to integrating the division has been the fact that Safeway’s Eastern Division is supplied by C&S Wholesale Grocers, Keene, N.H., from a facility in Upper Marlboro, Md., while Acme self-distributes, he said.

“Ultimately it makes sense for Safeway to move its distribution to Albertsons,” said Flickinger, citing procurement opportunities and other synergies. Perkins (left), who had returned to Acme as its president in June — he previously served in that role from 2012-2015 — had been overseeing the integration of the 76 stores that Albertsons acquired from A&P through bankruptcy.

Those acquired stores had deteriorated significantly during the A&P bankruptcy, Flickinger said, but most have seen strong improvements under the leadership of Perkins and his team, according to Flickinger.

“Overall they have done very well with the A&P conversions, particularly given the distressed state of the stores, the inventory, the deferred cap-ex and the absolute chaos that was caused [during the bankruptcy],” he said, noting that “a pocket” of the acquired locations are still “challenging.”

Valenzuela, a 40-year Safeway veteran, had been named president of the Safeway Eastern Division about a year ago, after Steve Burnham had served a two-year stint in the post. Burnham is now chief operating offer at Zacky Farms, a Laguna Niguel, Calif.-based meat producer and distributor.

The division had been struggling with high crime rates in some areas where it operates, he said, which is problem that Perkins has successfully addressed at some Acme locations.

Although Safeway has long been the No. 2 grocer in Washington, D.C., the Safeway stores in the Baltimore market have lacked a clear point of differentiation among competitors in the region, said Jeremy Diamond, director at Diamond Marketing Group in Baltimore.

“In the mind of the customer, they don’t really have a niche,” he said. “Each of the other competitors in the mid-Atlantic is known for something — pricing, selection, service, produce, meat departments — but Safeway is really mainstream across the board.”

He said that although Safeway operates many attractive stores in good locations in the Baltimore market, often with strong produce departments, they face solid competition from operators like Wegmans Food Markets, Whole Foods, Trader Joe’s and Giant Food.

In recent weeks Sprouts Farmers Market also said it would enter the Baltimore market with a store in Ellicott City, Md., and discounter Lidl is expected to expand into the market soon as well.