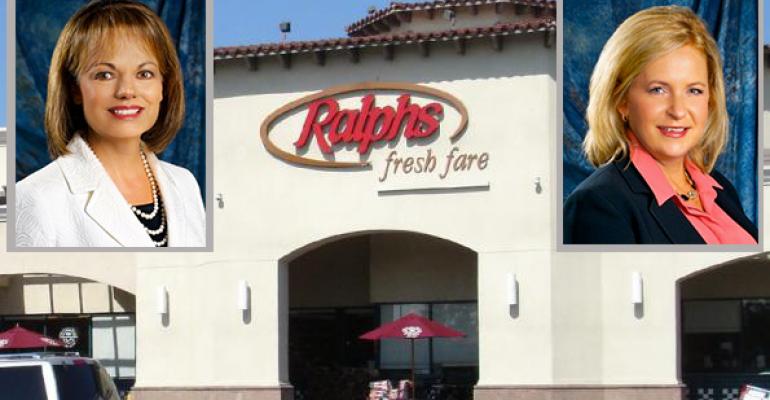 Retiring Ralphs president will be succeeded by Jabbar

The Kroger Co. announced the retirement of Ralphs division president Donna Giordano, and the promotion of Valerie Jabbar, currently VP of merchandising for Ralphs, to succeed her, Tuesday.

After 44 years of service Giordano will retire on July 23. She joined Kroger’s King Soopers banner as a courtesy clerk in 1972, while a college student. She was named store manager at King Soopers in 1982, and later held various director-level positions in advertising, bakery, general merchandise, grocery and pharmacy. In 1999, Giordano was promoted to VP of sales & marketing of King Soopers. She was promoted to president of QFC in 2002 before being named to her current role in 2011.

"Donna's distinguished leadership has helped Ralphs continue to grow, serve more customers in the highly competitive Southern California market, and help Kroger across our business," said Rodney McMullen, Kroger's chairman and CEO, in a statement. "She is respected throughout the industry and among our associates for her strategic leadership and engagement in the communities we serve. The entire Kroger family thanks Donna for her many contributions and wishes her and her family all the best in retirement."

Jabbar began her career with the company in 1987 as a clerk in the Fry's division. She held numerous leadership roles at Fry's, including assistant store director, category manager, and drug and general merchandise coordinator. From 2002-2010, she served in a variety of drug and general merchandising leadership roles at Kroger's general office in Cincinnati and in the Fry's division. She was named Fry's district manager in 2010, and was promoted to serve as VP of merchandising to the Mid-Atlantic division in 2012. Jabbar was promoted to her current role in the Ralphs division in 2013.

"Valerie is an exceptional leader who is passionate about developing associates and serving our customers and communities," said McMullen in a statement. "She brings to her new role broad retail experience and a deep commitment to putting our customers first. We look forward to her continued leadership at Ralphs."