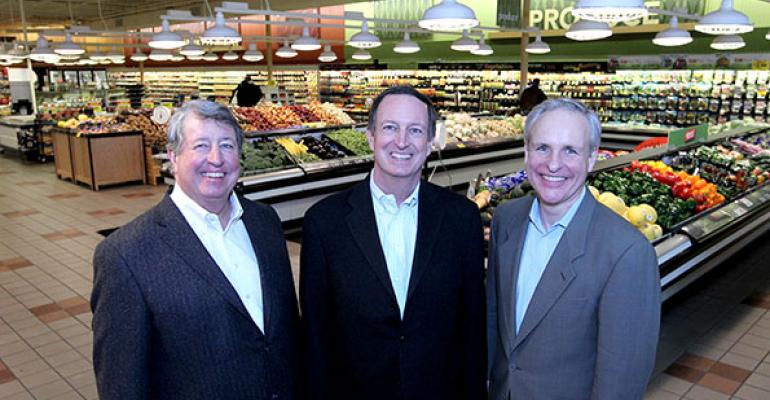 Schnuck Markets officially has a new CEO and a new president.

Todd R. Schnuck advanced to the CEO and chairman position at the St. Louis-based company, replacing his brother Scott Schnuck.

Todd Schnuck, who has been working full time at the company since 1987, earned his undergraduate degree from the University of Virginia and his MBA from Cornell University. He came to Schnuck Markets after working at investment baking firm A.G. Edwards & Sons. Scott Schnuck is now the chairman of the executive committee.

In addition, Schnuck Markets named Anthony T. Hucker to the position of president and COO. The company said this is the first time that a person outside the family has held this position. Hucker comes to Schnucks with experience as president at Giant Food and executive roles at Walmart and Aldi. He has degrees from the University of Manchester and the Chartered Institute of Marketing.

The company is celebrating its 75th anniversary this year.

Correction: An earlier version of this story said the leadership transition timeline had changed from March to November. A Schnucks spokesperson said the transition actually began in January, with a second phase in March and this final phase in November.