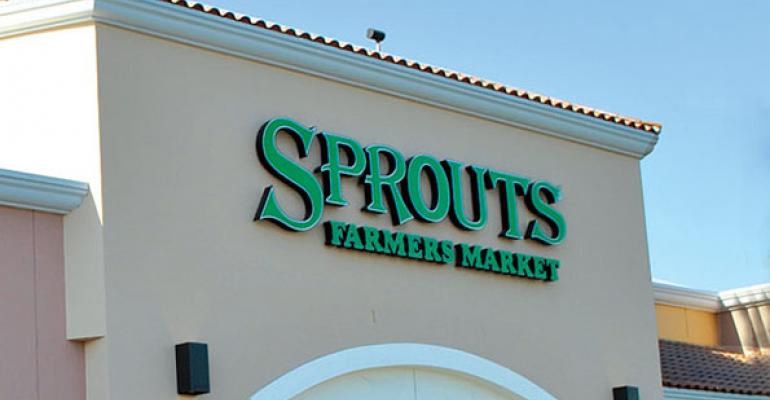 In a separate statement, the Phoenix-based chain announced a leadership succession plan whereby Doug Sanders, its president and CEO, ascends to a role of executive chairman. Amin Maredia, CFO, will take on the role of CEO while COO Jim Nielsen will assume the role of president and COO. Susannah Livingston, VP of investor relations and treasury, has been named interim CFO until the company completes its search for a new CFO. Those changes were effective Thursday.

For the quarter, which ended June 28, Sprouts said overall sales climbed by 21% to $902.2 million, driven by strong performance from new stores and a 5.1% increase in comparable store sales. When Sprouts reported first quarter earnings in May, it said it expected comps of 5.5% to 6.5%.

Gross profit for the quarter increased 18% to $263.6 million, resulting in a gross profit margin of 29.2% of sales, a decrease of 90 basis points compared to the same period in 2014. This was primarily driven by the impact of continued price investments in certain categories, partially offset by leverage in buying costs, Spouts said.

Sprouts also lowered full-year guidance Thursday, and is now expecting comparable store sales growth of 4% to 5% (from previous forecasts of 6% to 7% growth). Revenues are now expected to grow between 19% and 21%, down a prior range of 20% to 22%, and earnings per share are now forecast for 80 cents to 82 cents vs. a previous guidance of 84 cents to 87 cents.

Net income when adjusted for one-time items in the 2014 and 2015 second quarters, increased by 16% to $35 million, Sprouts said, and adjusted EBITDA was up by 12% in the quarter.

Sprouts said the leadership transition was part of an deliberate succession plan and would allow Sanders, who joined the company upon its founding in 2002, to provide strategic direction for the company while promoting established leaders into new roles.

“During their respective tenures at Sprouts, both Amin and Jim have proven they are the right leaders to guide Sprouts, and Doug's appointment to the executive chairman role will allow him to continue to provide strategic direction for the company,” Andrew Jhawar, chairman of the board, said in a statement.

"I also want to thank Doug for his outstanding contributions to Sprouts since its founding," continued Jhawar. "Doug has helped to lead Sprouts from a single store in 2002 through our transition into a publicly traded company with over 200 stores in 13 states coast to coast, and I look forward to continuing to work with Doug on our board of directors."