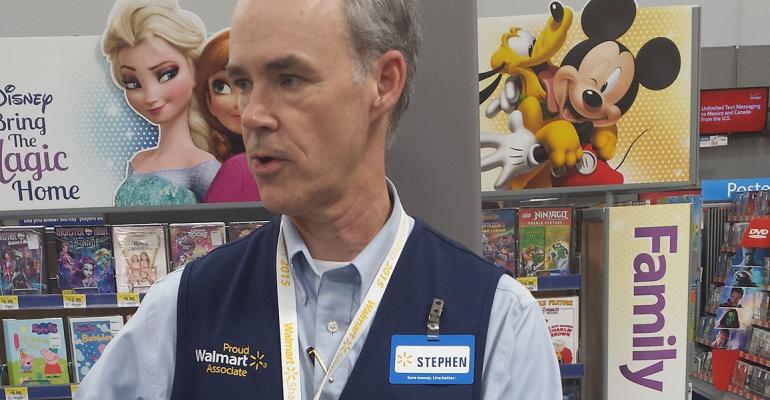 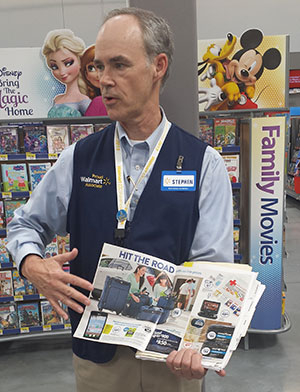 The company also confirmed that it has hired Target Corp. veteran Michael Francis as a marketing consultant. Francis, who is credited for forging the successful "cheap-chic" image over a 27-year career at Target, is expected to oversee a revamp of the Walmart's marketing, according to a report in the Wall Street Journal, which first reported on Quinn's impending departure. Francis will join Walmart Jan. 1.

"Stephen has always advocated on behalf of our customers and has built a strong team that delivers our message to them in compelling ways," Deisha Barnett, a spokeswoman for Walmart, said in a statement provided to SN. "With responsibility for all aspects of our marketing efforts, including customer research, strategy, program development, branding and customer communication, he and his team have represented the voice of the customer. In 2008, he led our rebranding effort, including the introduction of our logo and tagline — Save money. Live better. Other highlights from Stephen’s Walmart career include a number of award-winning advertising campaigns, Walmart’s stronger focus on reaching multicultural customers, and a digital transformation in our marketing efforts, including partnerships with Facebook, YouTube and others.”

Quinn, a former Frito-Lay executive who joined Walmart in 2005, has served as CMO of Walmart U.S. since 2007. His departure continues a reshuffling of top executive talent at Walmart that began under CEO Doug McMillon, who took office in early 2014, and U.S. CEO Greg Foran, who joined later that year.

McMillon is in the midst of engineering an ambitious strategy to improve store conditions and service at Walmart, while investing millions in e-commerce. Those changes are expected in part to broaden the retailer's appeal among a wider group of shoppers.

Francis, who is currently serving in a role with DreamWorks animation, spent 27 years with Minneapolis-based Target before leaving for JC Penney. Target is now run by CEO Brian Cornell, who spent several years with Walmart's Sam's Club division.