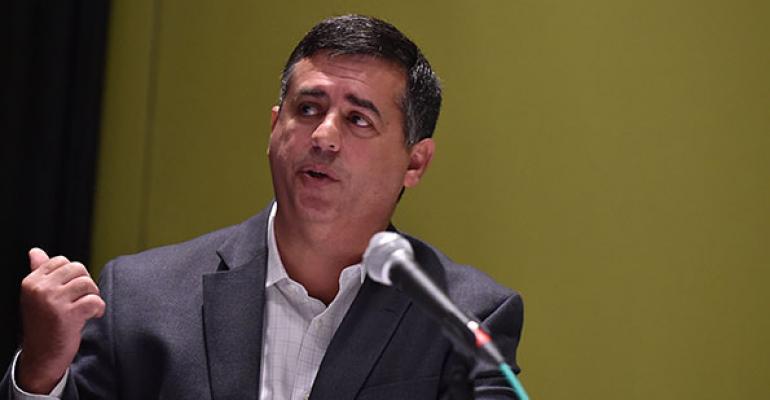 Brookshire Grocery Co. is exploring the use of iBeacons to incentivize shoppers to purchase products they may buy elsewhere.

“If we know, through analytics, that a shopper never buys paper goods, we could send them a deep discount when they are near the paper goods aisle,” John D’Anna, Brookshire’s SVP and CIO, said Wednesday in an FMI Connect session in Chicago entitled, “Retail Relevance with the Digitally Engaged Consumer.”

Beacons are devices that use Bluetooth technology to detect nearby smartphones and send them media such as ads, coupons or product information.

“We could use beacons to determine where they are in the store, and better market to them,” he said.

The retailer is exploring beacons as part of its 2015-2017 strategic plan.

“Beacons are exciting,” he said during the panel discussion.

Bornmann noted that the retailer could benefit by using beacons to provide product information to consumers while they are shopping the store.

“We can share category information that we have with consumers who told us they care about certain issues,” he said.

For instance, shoppers who have noted their interest in natural and organic may get a Beacon message about the benefits of soy, almond or other milks when they are near that aisle, Bornmann said.

Now that the cost of beacon technology is decreasing, Stites expects more companies to move to digital signage.

“You’ll see it become the norm,” she said.