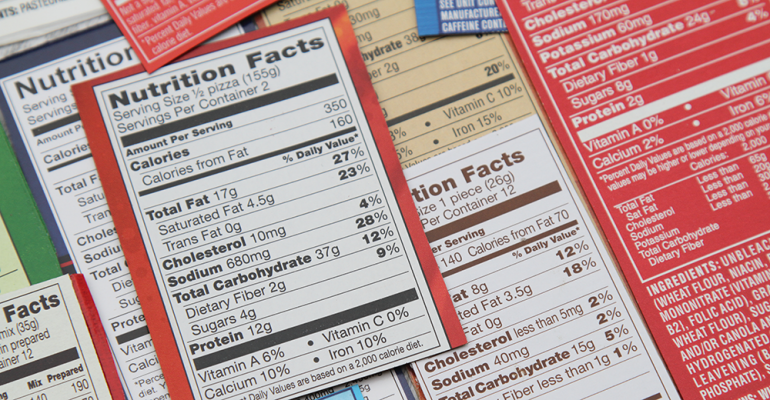 Gottlieb, who led the FDA under President Trump from May 2017 until stepping down in March 2019, said he and his team aimed to modernize claims that could be permitted on food labels as well as make it easier for consumers to understand new and different ingredients in today’s foods. They also sought to update current standards of identity for foods.

“The efforts to try to modernize labeling included avenues to enable new claims on food labels that we thought would be easier for consumers to decipher and would encourage innovation among product manufacturers to develop potentially more healthful food,” Gottlieb said Monday in a keynote speech at the PLMA event in Chicago.

“One was the term ‘healthy’ on food labels. We undertook a regulatory process to try to update the definition of what it meant for food to be healthy. And that regulation is still in process,” he explained. “We also looked at whether we should be developing a regulation around the term ‘natural.’ That term has been used — and I think misused — a lot. Without a real standard definition from a regulatory standpoint governed by USDA, it means different things in different markets and on different products. We debated on whether we should step into that, and I think that debate is still ongoing.” 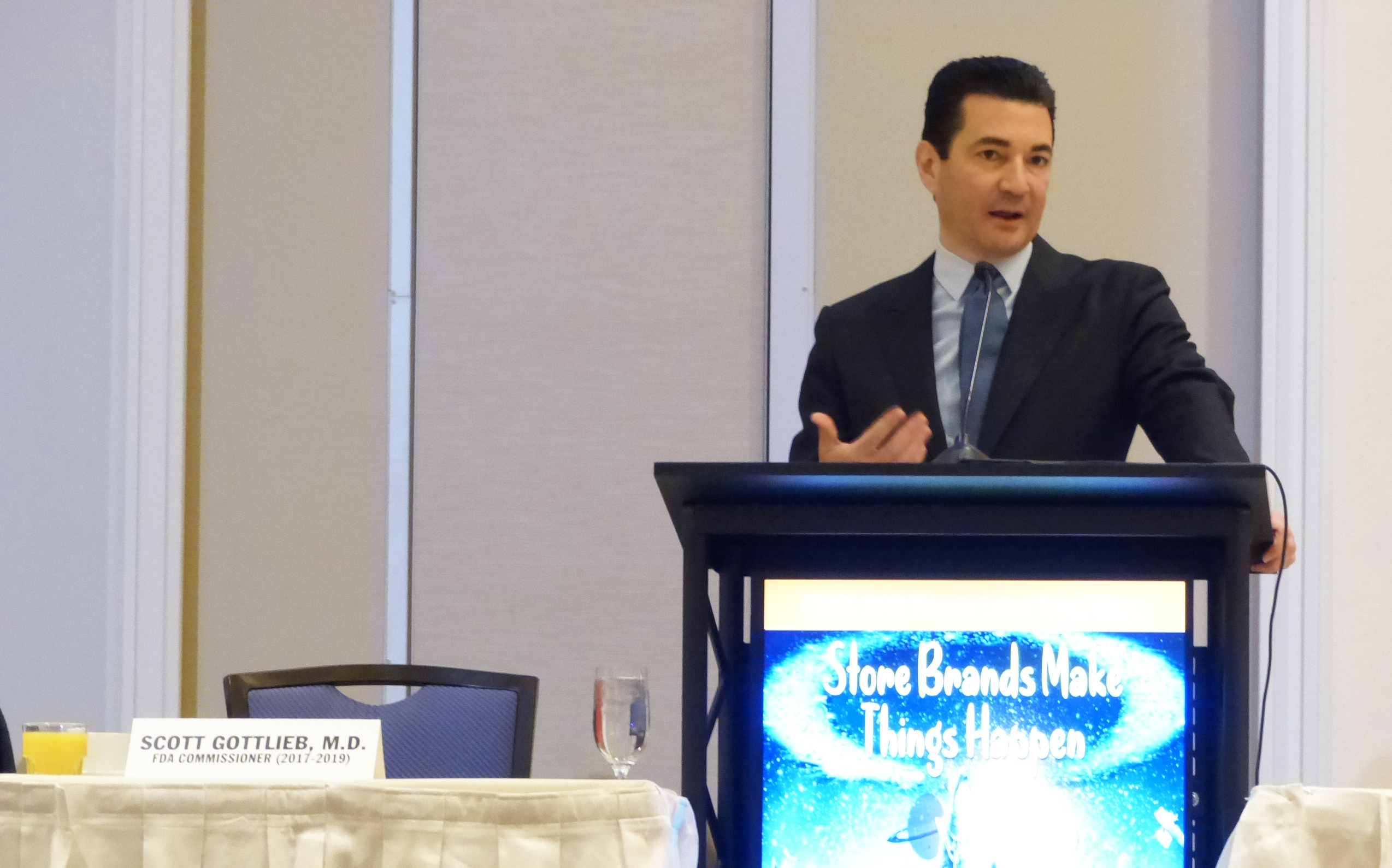 The FDA under Gottlieb also started examining ways to simplify terminology used on ingredient lists to make food labels clearer and easier for consumers to comprehend. For example, he said, manufacturers could make ingredient names more understandable by listing “Vitamin B6” rather than its chemical name on a food label. He also cited a recent change with the salt alternative “potassium salt,” which FDA guidance updated in May allowed manufacturers to label the ingredient as “potassium chloride salt.”

“So we were looking at places where we could create opportunities to substitute a different term,” he said.

With standards of identity, or what needs to be in a food to meet a certain classification, Gottlieb said the FDA aimed to pare regulation that may have been overreaching and clarify regulation as product categories have evolved.

“We literally had a standard of identity for frozen cherry pie that mandated how many cherries needed to be in the pie,” he said. “So this became kind of a flashpoint in our efforts to deregulate in the food space and create a little bit more sensible approaches.”

Meanwhile, innovations in categories cheese, yogurt and milk — which has expanded into new items like rice, almond and oat milk — called for the agency to revisit certain standards of identity so consumers could better understand exactly what they’re purchasing. Plant-based meats also are presenting new challenges.

“To give you some examples of what we were looking at, as many of you know, bread, jam, juice, chocolate, etc., all have standards of identity,” Gottlieb said. “These standards serve an important purpose. They let consumers know that there are certain standards in terms of what's in a product. I think it was important that we take a fresh look at the existing standards in light of marketing trends, in light of nutritional science and in light of innovation in the marketplace and what product developers want to do.”

Amid heightened consumer awareness of health and wellness, the FDA also targeted the inappropriate use of terms like non-GMO and gluten-free on food labels.

“We had a lot of concerns about things like non-GMO or gluten-free labeling on products that would never have gluten in them, like putting ‘gluten-free’ on a bottle of water. This actually may conflict with FDA guidance and regulation, if you put non-GMO labeling on something that couldn't possibly be made with GMOs or there are no competing products in the market that have GMOs in them,” explained Gottlieb. “The problem is those kinds of things are confusing to consumers and exacerbate misguided concerns around these kinds of ingredients. So we were concerned about this and skeptical, and I think the agency is going to continue to take that posture. As an aside, the sort of skepticism that's been created around GMO food is a valuable lesson as we think of some of the new innovations coming on the market.”

During his time at the helm of the FDA, Gottlieb also was charged with helping to slash drug prices and unfurl regulatory snags to speed approvals of new medicines. He also made significant achievements in improving in the food recall process and tracing sources of contamination and cracking down on opioid misuse and the use of tobacco and electronic cigarettes, especially among youths.

Gottlieb noted that this Wednesday, Nov. 20, the Senate is scheduled to hold a confirmation hearing for Stephen Hahn, whom Trump nominated as FDA commissioner earlier this month to take over from acting commissioner Norman Sharpless.

“I think it’s important to get him confirmed and get determined leadership at that position,” Gottlieb said of Hahn. “Because as much as that agency really is led by the professional staff, trying to run policy through the administration, through the Office of Management and Budget, and through Capitol Hill to get resources to the agency is an inherently political business. So having a political leader of that agency is exceedingly important.”