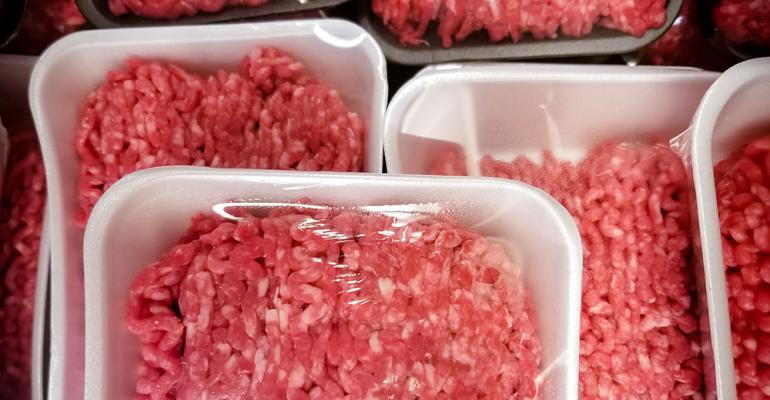 JBS Tolleson Inc. is recalling more than 5.1 million pounds of raw beef products that may be tainted with salmonella, according to the U.S. Department of Agriculture's Food Safety and Inspection Service (FSIS).

This marks the third time since October that the meat producer has expanded its beef recall, bringing the total to more than 12 million pounds.

The affected products were produced and packaged at an Arizona facility owned by JBS Tolleson from July 26 through Sept. 7 and shipped to retailers nationwide under many brand names. Those included in the recall are Kroger, Cedar River Farms Natural Beef, Comnor Perfect Choice, Gourmet Burger, Grass Run Farms Natural Beef, JBS Generic, Showcase and Showcase/Walmart.

So far, nearly 250 people in 25 states have been sickened by salmonella linked to the meat. According to the U.S. Centers for Disease Control and Prevention, no deaths have been reported by 56 people have been hospitalized.

According to the recall notice, “The scope of this recall expansion now includes an additional 5,156,076 pounds of raw beef products, which were produced and packed from July 26, 2018, to Sept. 7, 2018. FSIS is concerned that some product may be frozen and in consumers’ freezers. These products should be thrown away or returned to the place of purchase.

“The products subject to recall bear establishment number ‘EST. 267’ inside the USDA mark of inspection. These items were shipped to retail locations and institutions nationwide.”

The FSIS has posted and is updating product lists and lists of specific retailers that received the recalled beef.