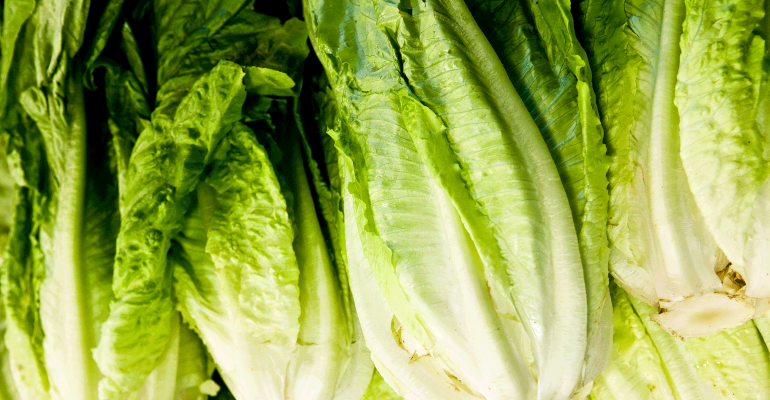 Romaine lettuce suspect in deadly E. coli outbreak in US and Canada

No specific warnings issued yet from the CDC

The Centers for Disease Control and Prevention is investigating a deadly E. coli outbreak that Canadian health officials say is tied to romaine lettuce.

As of Friday, 58 cases have been reported across the U.S. and Canada, and two people have died.

The CDC has not issued specific warnings about avoiding any particular food, saying the source of the infection has not yet been identified. But CDC officials said genome sequencing indicated that the bacteria is closely related to an outbreak north of the border, where 41 cases have been reported to the Public Health Agency of Canada.

Canadian officials blamed the outbreak on romaine lettuce, and warned that contaminated product may still be on the market in restaurants and grocery stores. The agency has warned against eating romaine lettuce in Ontario, Quebec, New Brunswick, Nova Scotia, and Newfoundland and Labrador until more is known about the outbreak and the cause.

Most of those who fell ill had eaten romaine lettuce before they became sick, either in restaurants, fast-food chains or at home, the Canadian agency said.

In the U.S., 17 illnesses from E. coli 0157:H7 have been reported across 13 states, including California, Connecticut, Illinois, Indiana, Michigan, Nebraska, New Hampshire, New York, Ohio, Pennsylvania, Virginia, Vermont and Washington state. The one death in the U.S. was in California.

Despite the lack of a CDC warning, Consumer Reports recommended that consumers avoid romaine lettuce.

“Even though we can’t say with 100 percent certainty that romaine lettuce is the cause of the E. coli outbreak in the U.S., a greater degree of caution is appropriate given that lettuce is almost always consumed raw,” said James Rogers, director of food safety and research at Consumer Reports.

Illness outbreaks related to leafy greens typically end quickly because the product is so perishable, he said. But this outbreak appears to have extended over several weeks in November and December.

Marler also noted that it’s perplexing that the CDC hasn’t specified romaine lettuce as the culprit.

“They tend to bend in favor of public health, rather than the commercial side of the equation,” he said. “So there may be some anomaly in the data that’s making it unclear about making the same decision Canada has made. We’ll know more next week.”