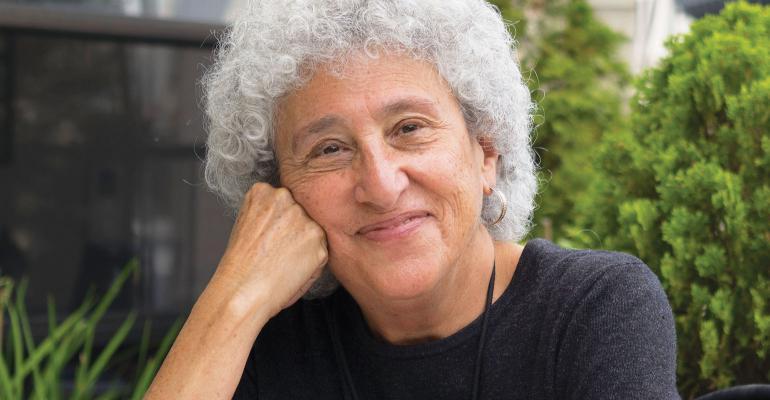 Marion Nestle has been in the game a long time.

She’s been shaking up traditional food industry interests for decades, whether as an educator, author, media personality, food industry activist or, more recently, a prolific blogger.

More to the point, her influence has remained intact, even as a new generation of consumers comes of age.

Possibly the biggest proof of her influence is her ongoing role as a go-to source on food issues by the general media. Reporters and editors reach out to Nestle for no-holds-barred feedback that often counters traditional industry interests, recently on topics ranging from menu labeling to GMOs.

Here, for example, is a comment she made to The New York Times in July after the FDA extended the deadline for calorie counts on menus. The Times article focused on the impact on restaurants.

“This is a huge victory for the restaurant lobbyists,” she said. “Food companies must be hoping that if they can delay menu labeling long enough, it will just go away.”

It’s no coincidence that Nestle rose to the top of contact lists for the media.

“They call me in part because I return their phone calls, which not everyone does,” she said in an SN interview. “I learn from their questions, and I’m willing to drop everything to do the research.”

Over the past couple of years Nestle has been focused on issues such as school food, marketing to children, and food advocacy in general, she said.

“I always try to see the connection between science and politics, the science underlies everything I do.”

Her latest book was published in October: “Soda Politics: Taking on Big Soda (and Winning).”

The New York University professor sports an array of titles, degrees and honors that makes for a disarming bio. She is the Paulette Goddard Professor in the Department of Nutrition, Food Studies and Public Health at NYU. She is also professor of sociology at NYU and visiting professor of Nutritional Sciences at Cornell. She even earned a Ph.D. in molecular biology and an M.P.H. in public health nutrition from the University of California, Berkeley.

Phil Lempert, the Supermarket Guru, and a contributing editor to SN, said Nestle’s authenticity has defined her reputation.

“The ‘food disruptor’ title was created for Marion,” he said. “Having known and respected her for over 25 years, I can tell you that no one has been as honest and heartfelt on the mission to change the way America eats. What sets her apart from many of the others is that not only is her work based on science, she is not an extremist.”

That opinion may not be shared by all segments of the food industry, especially those targeted by Marion’s critiques over the years.

She plans her next project to be a book about “conflict of interest in food and nutrition research and practice.” That will include a look at how food companies and trade associations are “influencing research outcome, policy, community organizations, and anyone who has a stake in public health.”

These kinds of developments, in her opinion, have reduced trust in government.

In recent years Marion has been a prolific blogger on the Food Politics site, and today she reaches an audience that includes the emerging Millennial generation.

Marion sees the food industry making changes that would have seemed impossible decades ago.

“Look at what companies are doing,” she said. “They are taking out additives and colors, and sourcing ingredients from healthier producers. They are asking for antibiotic-free meat. All of these traditional mass market food companies are having to rethink everything, and they’re doing it quite explicitly.”

As a longtime advocate for these kinds of changes, she leaves no doubt about what she sees as the catalyst.

“I think it’s a sign the food movement is having an impact,” she concluded.