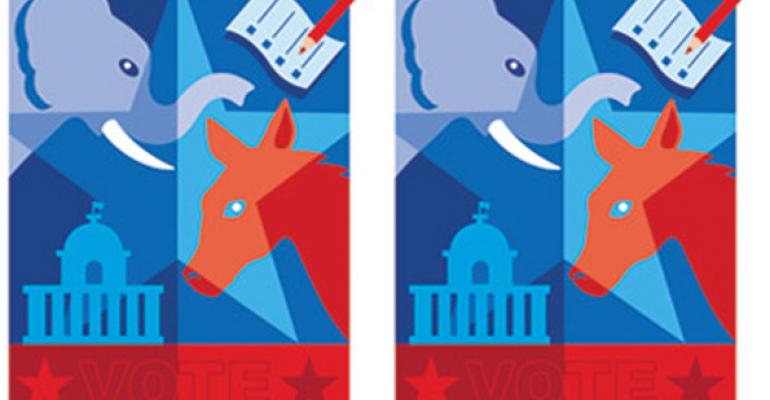 FMI urges members to Get Out the Vote

As the midterm elections draw near and with control of the Senate at stake, the Food Marketing Institute is facilitating a Get Out the Vote resource for its members and their families.

This website is not designed to tell you what to think but rather to provide you with the resources you need to learn where legislators stand on issues, and to make your voice heard by communicating with those legislators and making a well-informed decision on Election Day. We hope you'll look to this site as a resource for further involvement, and share it with your family and friends.

Jennifer Hatcher, SVP of government and public affairs for FMI, likens the power of the vote in a competitive election to that of the dollar in a grocery business.

“Many votes in county commission, city council or zoning are won or lost by 1 vote,” she told SN. “Political pundits are predicting that control of the U.S. Senate may be determined by just one senator. In this very competitive environment, there are likely to be dozens of congressional races won by just one vote per polling place. There is so much at stake for our businesses, associates and customers in this election. In local races, whether new stores can be built. In state races, whether supermarkets can sell wine or have rules on the use of paper or plastic bags. And in federal races, how and when we have to label products and the rate of taxation we and our customers will be required to pay on food."

Industry stakeholders have their eye on 11 competitive Senate races in particular, Hatcher said.

“For the Republicans to take control, they’d have to win at least six of those competitive seats, but then at the end of the day, with 51 votes in the Senate, that doesn’t give you the ability to do tremendous amounts of different types of things. But it absolutely would change the dynamics of the committee process in terms of the committee leadership and, potentially, if all Republicans stayed together could impact the budget process dynamics. We’ve not had a budget resolution pass both the House and Senate in years, and for our purposes that would be a helpful process to go through on the appropriations side.”

Competitive races include those in:

• Alaska, which has voted Republican in every presidential election since 1968, according to an AP report picked up by the Huffington Post.

• Arkansas, where Bill Clinton is launching his biggest push of the midterm campaign season, reports CNN.

• Colorado, which along with Washington and Oregon, conduct elections entirely by mail.

• Georgia, which experienced a competitive primary that required a runoff. “Those voters could easily have a voter fatigue if they have a general election runoff,” Hatcher said.

• Iowa, where the outcome of the race will likely determine who controls the Senate, even after runoffs in December and January, according to NBC News.

• Kansas, where Democrat Chad Taylor withdrew from the election after being pushed out by Democrats who feared a split in anti-Sen. Pat Roberts (R) votes between Taylor and Independent candidate Greg Orman. Now a lawsuit over whether Democrats must field a candidate is further complicating the race, according to an AP report.

• Louisiana, where a runoff is predicted since there are more than a half-dozen candidates on the ballot and if no one crosses the 50% threshold, the race moves into a December runoff between the top two contenders, according to CNN.

• Michigan, where Republicans are canceling ad spending to focus on other Senate races, according to an AP report.

• New Hampshire, where Republican Scott Brown, who is challenging Sen. Jeanne Shaheen (D), moved in order to run, according to an AP report picked up by The Denver Post.