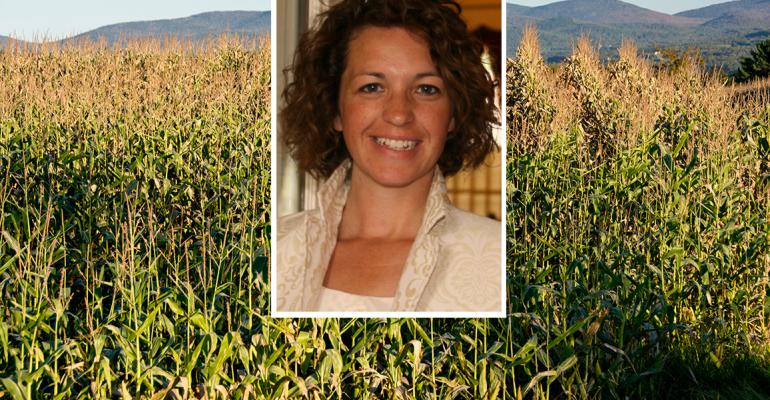 In addition to GMO labels on products, Vermont's GMO labeling mandate, which takes effect Friday, July 1, has spurred product reformulations and may lead to bare shelves as private label and national brand manufacturers consider ceasing the sale of their products in the state, according to Erin Sigrist, president-elect of the Vermont Retail and Grocer's Association.

She discussed with SN how VRGA's retailer, distributor and manufacturer members are dealing with the Vermont mandate at a time when the fate of a federal GMO labeling measure that would nullifying Vermont's law, is unknown. Following is a transcript of that discussion.

SN: Do all retailers and manufacturers doing business in Vermont have to be in compliance by tomorrow with the GMO labeling law?

Erin Sigrist: Yes. The Vermont law will take effective tomorrow, July 1, and it requires that all retailers and manufacturers are in compliance. But starting tomorrow retailers have a year to sell off any product that is within their, or their distributors' warehouses. However, there needs to be documentation showing that the product was in the warehouse prior to July 1.

SN: Do you expect to see GMO labels on products that contain those ingredients on July 1?

Sigrist: Yes, we've been working closely with our members, which include retailers, distributors and manufacturers, for the last year and a half to two years and we are starting to see labels already cropping up. Some manufacturers are reworking their ingredients. So some are taking a little bit longer than anticipated to find the right replacement ingredients to repackage their product, but they're working to get everything in compliance. We've been working closely with the Attorney General's Office and our hope is that as long as retailers are working to be in compliance, then they won't come down on them too hard, too quickly.

SN: For those companies choosing to reformulate rather than having to label a GMO product, are they doing so with products that get distributed to other states as well as Vermont, or are they just distributing the reformulated product in Vermont?

Sigrist: We don't have a clear understanding of that, per se. We haven't necessarily had contact with many of the manufacturers about their plans to create various products for the state of Vermont. We do know it is difficult to have multiple labels, and it would certainly add another step to the process. If you're going to label some products and not others, that might require a separate warehouse which could be costly and so it's more along the lines of if they're not labeling it then they may not be shipping to Vermont. We're a fairly small state, so some manufacturers are certainly looking at the size and considering not shipping products here at all. We are hearing from distributors that certain products will not be on the shelves, but we've not received confirmation from manufacturers about specific products [in particular], but there will be empty shelves once the product runs out in the warehouse.

SN: So some manufacturers just won't distribute products to Vermont as a result of this?

SN: How about retailers with private labels? Can you give me a sense of how they've prepared for this and maybe how far along they are in becoming compliant?

Sigrist: It varies. Some retailers have charged ahead and worked incredibly hard to become compliant by tomorrow. Other retailers have just pulled [private label] products off the shelves and sai,d 'We're not selling in Vermont.' I think some of them may be waiting to learn more about the results of any type of vote at the federal level before they decide to redesign their label or change ingredients.

SN: So some retailers that operate stores in more states than just Vermont are considering not selling private labels that contain GMOs in Vermont?

Sigrist: They are considering that. Yes.

SN: What is your association's stance on the national labeling standard that was recently agreed upon in the Senate, and did it come too late?

Sigrist: We certainly would have liked to have seen something come [sooner than] the week before our law goes into effect. But tomorrow [Vermont's mandate] will be law, so we've always planned on following the law. We've been working with our members as closely as possible so that they are in compliance.

SN: How soon might the national standard, which would nullify Vermont's mandate, become law?

Sigrist: We've been in touch with people in and around D.C. and our understanding is that the Senate will be voting late next week. The House passed a bill — I believe over a year ago — and there will have to be some type of agreement between the House and Senate. They would need to come to an agreement and that could take a day or months; but we don't anticipate that anything will happen for at least a week.

Sigrist: We're not really sure of the full extent of what products might not be available to consumers. Our concern is that products wont be available, but we have to wait and see what the full impact of the law will be.

General Mills to label all products with GMO ingredients
Mar 18, 2016