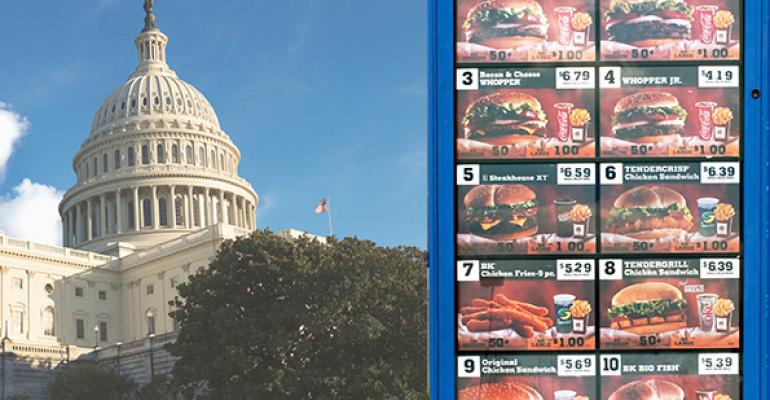 A group of 32 senators sent a letter to the FDA on Friday calling for a one-year delay on compliance with the menu labeling final rule in order to clarify who and what are covered by the rule.

“While we recognize the benefit of improved access to nutritional information for consumers, we are concerned that the lack of clear and consistent guidance from the agency will make it difficult, confusing and burdensome for businesses, particularly smaller businesses, to implement the new requirements by the Dec. 1, 2015, deadline included in the final rule,” the letter states.

The FDA released the final rule on menu labeling on Dec. 1, 2014. The rule covers “restaurants and similar retail food establishments” with 20 or more locations, which the FDA extended to include supermarkets.

The FMI president and CEO expressed support for the senators’ actions in a statement.

“The Senate has spoken. It is time now for FDA to address all the problems supermarkets have raised regarding the grocery industry’s ability to comply with a regulation designed for chain restaurants,” said Leslie Sarasin.

“Grocery stores are fundamentally not restaurants, and the vast majority of our stores do not have menus or menu boards for most of their products. If FDA cannot — or will not — undertake this effort comprehensively via its regulatory authority and in a manner that is responsive to the needs of the regulated industry, we welcome legislation.”