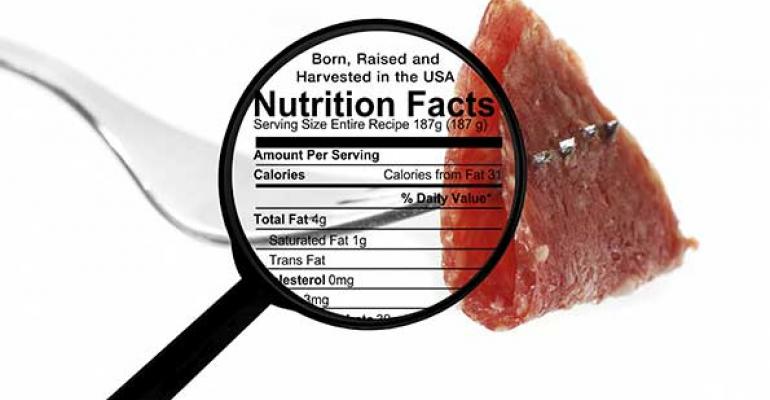 &ldquo;One year clearly is not enough time to do what&rsquo;s being asked.&rdquo; &mdash; JENNIFER HATCHER, FMI 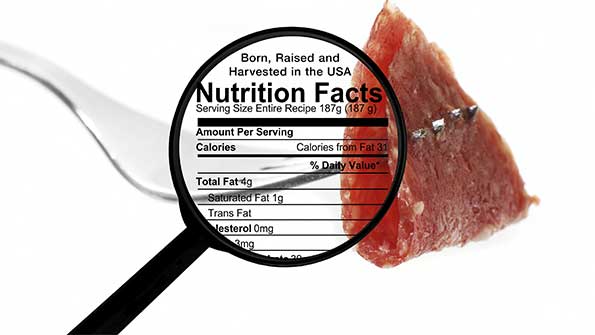 A host of regulations on nutrition, food safety and country-of-origin labels that will be released or take effect this year promises to keep retailers on their toes in 2015.

Just after Thanksgiving last year, the FDA released its long-awaited rule on menu labeling, which included extensive requirements for supermarkets.

“This was absolutely something that we were not expecting this type of scope at all,” said Jennifer Hatcher, FMI’s SVP of government & public affairs.

Any retailer with 20 or more locations will need to display calorie counts for many items in the deli and bakery within a year.

“We’ve done some audits of our stores. We’ve had some of our members do audits of stores. And the number and range of products, and honestly the confusion about coverage of products, is excruciating,” said Hatcher.

Even in smaller stores, FMI found no fewer than 100 products that would need labels.

The costs of calculating calorie information and creating related signage are expected to be high. The Food Institute, an industry organization that provides information services, estimates the total cost for restaurants and supermarkets will be $111 million to $118 million each year.

Another issue for retailers will be understanding the minute details of the rule. For example, olives in a salad bar must be labeled, but olives in an olive bar don’t have to be. While whole cakes were omitted from the final rule, cake slices must carry calorie information.

“And even [FDA Commissioner] Margaret Hamburg commented the rules aren’t simple and straightforward. So I think there’ll be a lot of education necessary for the grocery industry moving forward,” said Brian Todd, president and CEO of the Food Institute.

Hatcher noted that FDA has not yet provided specific information on what the calorie labels should look like, such as size and location of the sign and font and font size.

FMI and NGA plan to continue communicating with members about what the rule means and lobbying Congress to pass a bill limiting the rule’s scope.

Hatcher pointed out that retailers currently are facing a whole slew of regulations in addition to menu labeling, from an update to the Nutrition Facts panel and front-of-pack labeling to country-of-origin labeling for meat and Food Safety Modernization Act rules.

“One year clearly is not enough time to do what’s being asked,” said Hatcher.

Since Congress passed FSMA in 2011, the FDA has released proposed rules for the law’s implementation slowly — so slowly that retailers may not have prioritized the provisions before this year.

“I think one thing we’ve found is a lot of companies seem to be — they are waiting until the rules are in the ultimate final form before they’re looking to make any changes regarding them,” said Todd.

However, the FDA now has court-mandated deadlines for issuing the final rules. In order to meet those deadlines, the FDA will likely need to put out some of the final rules early this year, according to Hatcher.

FMI has also requested the FDA issue a revised proposed rule on sanitary food transportation to take into account industry feedback, as the agency did for the rules on preventive controls for human and animal food, produce safety and food imports.

Given the intricacies of the many FSMA rules, FMI created a chart (at right) to easily show which rules apply to different types of retailers, from those with only stores to those with their own distribution centers, truck fleets and import business.

NGA also works to make sure members understand the complexities of the rules.

“So FSMA we’re going to continue to do what we’ve been doing, which is helping our retailers and wholesalers, and particularly those self-distributing retailers and the wholesalers, comply with those provisions that impact them the most,” said Ferrara.

After the World Trade Association ruled in favor of Canada and Mexico on a challenge to country-of-origin labeling for meat in October, the U.S. was left with few options.

The WTO will probably decide on a final appeal by this summer, and it is likely to side against the U.S. again, according to Andy Harig, director of government relations at FMI. Canada and Mexico could then be awarded retaliatory tariffs by the end of 2015 or early 2016.

“Assuming everything plays out the way we think it’s going to, Congress is going to have to act on this. Because the level of retaliation promises to be significant,” said Harig. The U.S. is looking at tariffs of more than $1 billion, he said.

Those tariffs could impact many industries outside food and agriculture.

“One positive aspect is because of what is going on with the WTO there are now a much broader coalition of folks who interested in this, from the U.S. Chamber of Commerce to the National Association of Manufacturers and a lot of folks in between, because the WTO could award Mexico and Canada retaliatory tariffs against the U.S. on a variety of products,” said Ferrara.

“This is really about now that U.S. industries that are no way involved in this issue are going to suffer and pay a price and potentially have some job losses, certainly have lost sales, if these tariffs go into place,” said Harig.

In particular, WIC is up for reauthorization this year.

“It’s unclear at this point whether they actually will be able to reauthorize the program this year or it’s something that gets dragged into next year as well and they have to do some temporary extensions,” said Ferrara.

“But there’s a whole host of things that I think need to be addressed and looked at with WIC, ranging everything from how do we deal with WIC during disasters, how do we deal with who is an authorized vendor and what those stores look like, and how can we make the program run more efficient.”

FMI plans to meet with members of the House and Senate committees responsible for WIC to discuss possible improvements to the program.

“I think that all of our members agree that the WIC program is a very important program. And they also agree that is incredibly complex in terms of store-level operations,” said Hatcher.

Although SNAP was renewed as part of the 2014 Farm Bill, the new chairman of the House agricultural committee wants to fully examine all aspects of the program, said Ferrara.

“Our concern with SNAP is to make sure that Congress doesn’t look for solutions that would put additional cost and burdens onto the back of retailers, grocers,” he said.