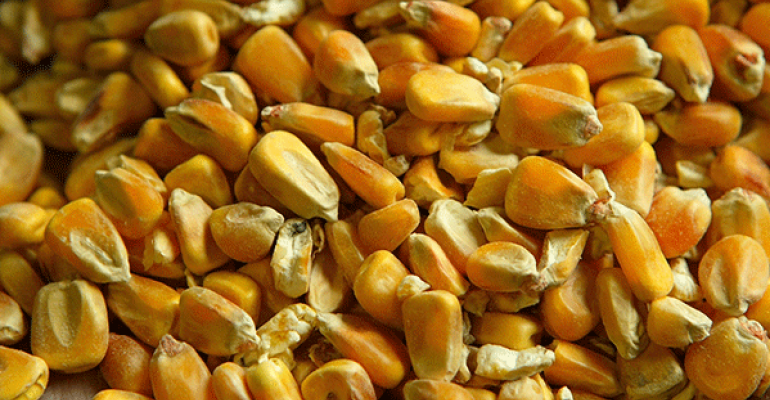 The Food Marketing Institute, the National Grocers Association and the Grocery Manufacturers Association reacted favorably Thursday to the House's passage of the Safe and Accurate Food Labeling Act by a 275-150 vote. Opposition groups voiced their frustration with the legislation they’ve dubbed the DARK (Deny Americans the Right to Know) Act.

The measure now goes to the Senate.

The legislation would preempt individual states like Vermont from mandating that genetically modified foods be labeled as such.

Also under the legislation, any company interested in labeling their products "GMO free" would have to undergo a USDA certification process.

“Having a clearly defined national labeling standard to identify the GMO content of food products is essential if we hope to avoid adding to consumer confusion about GMOs, and if we wish to elude unnecessary impediments to interstate commerce, both of which would result from a state-by-state patchwork of muddled, differing and conflicting GMO labeling laws,” said Leslie Sarasin, president and CEO of FMI, in a statement.

“On behalf of the independent supermarket industry, we applaud the House for passing this important legislation that creates a uniform federal standard for the labeling of non-genetically engineered products, and more importantly, ensures that the consumers our members serve on a daily basis have clear and consistent information on the food products that they purchase and consume nationwide. We look forward to working with members of the Senate to pass this legislation,” said Larkin, in a statement.

In a press statement, Pam Bailey, president and CEO of GMA, which along with other food associations challenged Vermont’s mandatory GMO labeling law with a lawsuit, thanked the sponsors of H.R. 1599.

“Today’s bipartisan passage of the Safe and Accurate Food Labeling Act (HR 1599) clearly demonstrates the growing support for this critically important legislation,” she said. “We thank the sponsors of this bill, Congressmen Mike Pompeo (R-KS) and G.K. Butterfield (D-NC), along with Congressmen Mike Conaway (R-TX), Collin Peterson (D-MN), Fred Upton (R-MI) and the other members who supported it for standing on the side of consumer choice, science and fact-based labeling. We now call on the U.S. Senate to move quickly on a companion bill and pass it this year.”

“We can only presume that the majority of Representatives who voted in favor of this legislation were duped by the multi-million dollar public relations and lobbying campaigns, funded by Monsanto and Big Ag, that falsely frame H.R. 1599 as pro-consumer, and perpetuate the myth that GMOs (genetically modified organisms) have been thoroughly safety tested and proven safe,” said Ronnie Cummins, international director of the Organic Consumers Association, in a statement.

“How else to explain why Congress would vote against science, against the more than century-old right of states to legislate on matters relating to food safety and labeling, and against the 90-percent of Americans who are in favor of mandatory labeling of GMOs?”

Gary Hirshberg, chairman of Stonyfield Farm and chairman of Just Label it, was also displeased with the outcome.

“We are disappointed but not surprised that the majority of House members have sided with large chemical and food companies to protect corporate interests over the 90% of American citizens who simply want the right to know more about their food,” said Hirshberg, in a statement.

“As a long-time food executive, I find it hard to believe that smart companies like PepsiCo, Coca-Cola, General Mills, Kellogg’s and Campbell’s are willing to risk their reputations to avoid putting a couple of additional words in their ingredient panels," said Hirshberg. "Instead, they continue to fund efforts that are exactly the opposite of what their consumers clearly want. It is clear that the tide of consumer support favors more transparency. Americans will now know how their representatives voted and that their favorite brands are keeping them in the dark.”

In advance of the vote, Melody Meyer, United Natural Foods’ VP of policy and industry relations, urged stakeholders to call their representatives to urge them to vote against the bill that she said “will make it virtually impossible to create a mandatory labeling law for many years, taking the U.S. a long time to join the 64 other countries with labeling laws.”