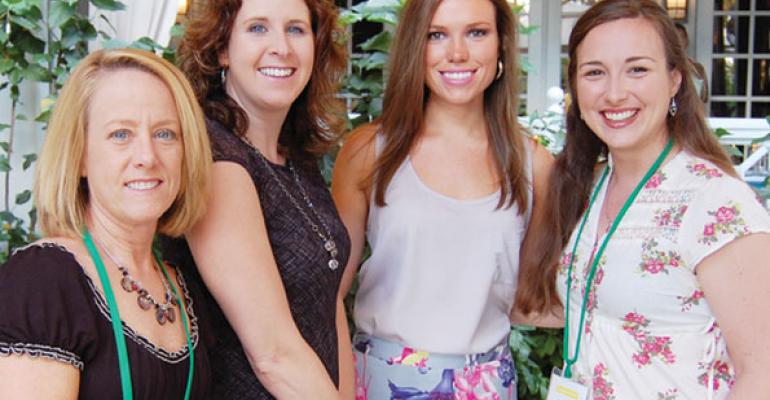 &nbsp; &ldquo;I found the meeting to be a very beneficial use of my time as a supermarket dietitian.&quot; &mdash; Shari Steinbach, healthy living manager, Meijer Inc.

MIAMI — At the second annual Shopping for Health meeting here, supermarket dietitians gained trend data and source materials they said will help them draw customers to healthful products in their company’s stores.

And, meeting sponsors such as the California Strawberry Commission, for example,  provided lots of materials that can be used at store level and for training associates, Jacqueline Gomes, A&P’s corporate dietitian, told SN. 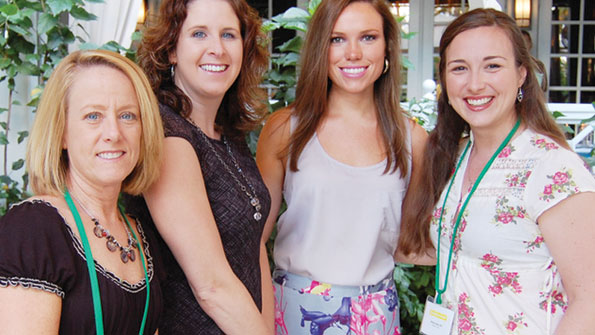 Other sponsors — commodity groups and manufacturers — offered information about emerging trends and what they see on the horizon for supermarket retailers.

“The meeting was very useful for us because it showed us what consumers at different ages want. All the information we received will help us structure our communications and organize our energy most effectively,” Gomes said.

“I found the meeting to be a very beneficial use of my time as a supermarket dietitian. The trends presented by NPD and the key motivators for food selection by consumer groups set the stage for our discussions,” Steinbach said. “Other presenters provided ideas to help bring our shoppers back to the table with easy, affordable and healthful meal solutions.”

Both women noted that NPD’s data about different age groups was a particular plus.

For instance, Seifer pointed out that the “Millennials” — young adults approaching 30 — are not much concerned about their health — yet. Their primary shopping motivators are craving a particular food and convenience, NPD has found.

“Cravings pop up with this group much more than with other adults, and they also say they have to save money, especially at dinner,” Seifer said in a post-meeting interview with SN.

Meanwhile, a rapidly increasing number of Baby Boomers are looking to particular foods to keep them healthy or to ease existing conditions.

“Older Boomers are keeping their eyes on health labeling, and they’re avoiding some things like fat and sugar,” Seifer said. “But, just as important, they’re also looking to add foods they know are beneficial.”

Both of those behaviors have a lot to do with dieting, or more accurately not dieting, Seifer said.

“The number of people who say they are dieting has been dwindling for quite a while,” he added. “What they are doing is getting more foods into their bodies that they consider healthful such as whole grains and particular fruits and vegetables.

Seifer also emphasized the supermarket’s role in serving the changing needs and wants of consumers.

Seifer displayed the U.S. Department of Agriculture’s MyPlate in his presentation and noted that supermarkets have a huge opportunity to offer MyPlate guidelines to their customers.

“It would be easy to direct them to foods that might fulfill the sections of MyPlate by using it as an illustration,” he told SN.

“We can certainly use it in outreach programs, and we’re thinking of using it in our ad circular,” Murphy said.

“The MyPlate is very visual, much more so than the MyPyramid.  It [the graphic] just makes more sense. You can visualize your own plate.”

Seifer stressed the need for retailers and others in the food industry to keep the MyPlate guidelines in the public’s eye since USDA does not have a budget to promote the guidelines. Consumers seem unaware or not very serious about them, he said.

“We’ve asked our NPD panelists a few times about whether they follow the MyPlate guidelines and the results have been the same each time. They say that only on 2% of the days [in a month] have they met or exceeded MyPlate guidelines.”

Seifer said retailers could promote the guidelines with a handout. “It could offer examples of foods that would fulfill each section of MyPlate,” he said.

On growing trends, Seifer said the supermarket industry should keep a sharp eye on the Baby Boomer generation since that segment is growing rapidly and the age group is getting increasingly health-conscious. Also, he pointed out that young people are starting families later, so retailers should be aware that Millennials will become kid-conscious, and will look for kid-friendly  places.

“A lot of changes in consumption creep up on us, so we have to watch for what’s coming next.”

The dietitian-attendees told SN the information offered by Seifer and by Cooking Light’s Holley Grainger was particularly helpful to them, and they also said the meeting’s format made networking easy.

“I think the meeting’s smallness made it a good atmosphere for an exchange of ideas and information,” Price Chopper’s Murphy said.

“We limit attendance to 20 supermarket dietitians. With them, the sponsors and meeting organizers, we had no more than 40 people there. The attendees and the sponsors both like it that way.”

During her presentation at the recent Shopping for Health meeting in Miami, Cookinglight.com Nutrition Editor Holley Grainger listed what’s hot — in foods, in ingredients, and in words.

Grainger, a registered dietitian, shared with supermarket dietitians what items consumers search for when they’re hungry, what ingredients they use when cooking or entertaining, and what descriptive words might draw them to a food or a recipe.

The foods that are most sought after by hungry consumers, according to Grainger, are chicken, pork chops, pasta, macaroni & cheese, cookies, appetizers, desserts, seasonal foods such as zucchini, tomatoes and peaches, and different lunch ideas.

Grainger advised attendees on how to describe foods in written materials. She said they should lose over-used descriptors such as yummy, tasty, delicious, good, great, fabulous and awesome.

To bring something particular to mind when food is being described, adjectives should be more detailed, according to Grainger. More descriptive words, such as savory, tangy, sweet, mellow, fruity, minty and saucy, should be used instead.

Schnuck Markets rolls out shelf-scanning robots to over half of store base
Sep 30, 2020