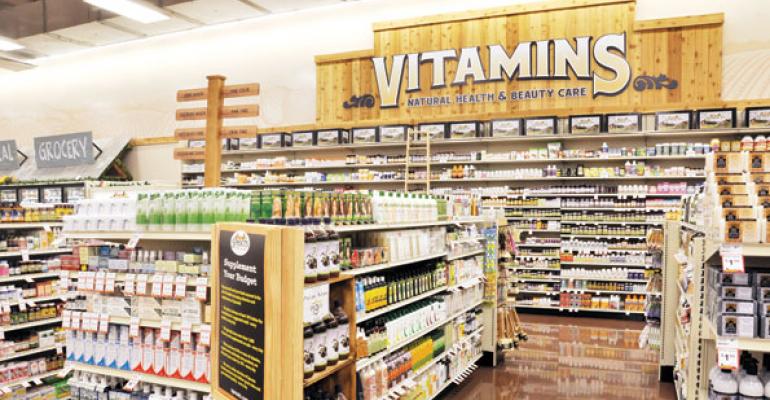 The vitamin and supplement industry is no stranger to skepticism, but recent studies and the ensuing media coverage have been particularly troubling. Late last year, a study published in the Journal of the American Medical Association linked vitamin E consumption to an increased risk for prostate cancer. Around the same time, results from the multiyear Iowa Women’s Study showed a risk of earlier death among women who took multivitamins.

Though disputed by manufacturers, the grim reports reignited lingering questions about the safety and efficacy of a daily regimen undertaken by more than half of all Americans. A recent headline in The Wall Street Journal summed up the situation: “Is This the End of Popping Vitamins?”

Retailers are answering that question with an emphatic “No.” Michael Kanter, founder and chief visionary officer of Cambridge Naturals in Cambridge, Mass., said he requires third-party certification from all of his vitamin and supplement suppliers ensuring all labels are clean. He also tries to carry only products supported by solid science.

“It’s part of our job and the manufacturers’ jobs to make sure that what we’re putting on our shelves is at least potentially effective,” said Kanter.

On the surface, the industry appears to be chugging right along. Between 2006 and 2011 sales of vitamins and minerals grew 28% to reach $12 billion, according to market research firm Mintel. In 2010, supplements brought in $28 billion in sales, according to data from Nutrition Business Journal, a 4.4% increase over 2009. Experts point to an aging population and rising health care costs as the primary reasons for these increases.

But look a bit closer, and warning signals start to flash. A recent survey from Mintel found that 34% of respondents were concerned about the negative side effects of taking too many vitamins and supplements.

Like Cambridge Naturals, many supermarkets are taking steps to reassure their shoppers. Last year, Spartan Stores unveiled the Top Care Vitamin Finder, a free tool on the company’s website that asks customers questions about their health and lifestyle, and then recommends vitamins from among its Top Care store brand selection. The company takes care to point out that all of its information is based on extensive scientific evidence and has been approved by academic professionals at the University of Illinois.

Private-label products have become increasingly sophisticated across all categories, and vitamins and supplements are no exception. Here, companies can directly address quality and safety concerns. In the lead-up to last month’s release by Sam’s Club of its Simply Right line of supplements, senior brand manager Manuel Orejuela and his team held focus groups with club members across the country. What they found was that reliable, consistent quality was a top priority in making supplement purchases.

As a result, the company carefully selected ingredients like Peruvian-sourced fish oil and designed colorful packaging that highlights benefits and dosage instructions. Still, Orejuela didn’t think it was enough to reassure customers.

“If you look at our packaging right now, it’s a challenge because there’s limited real estate to educate shoppers,” he said.

To tell the full story, Sam’s Club installed QR codes on shelf tags that customers can scan with their smartphones and link to a 60-second video by naturopathic physician and supplier Dr. Andrew Myers, who provides more in-depth information such as when to take triple-strength versus regular fish oil.

In meeting with members, Orejuela found they were not so much skeptical or critical of supplements as they were just hungry for knowledge. That’s why, in addition to the new education-forward line, Sam’s Club also positions its pharmacists as helpful resources.

“The vitamins sit right outside the pharmacy,” said Carrie Foster, spokeswoman for Sam’s Club. “Pharmacists do by default get a lot of questions about vitamins, and they’ve been trained by their market managers on the benefits.”

At specialty shops like Cambridge Naturals, meanwhile, Kanter relies on all of his employees to assist customers and answer any questions.

“I don’t think there’s a single person working at my store who doesn’t take supplements themselves,” he said. “We all want that credible information.”

Compelling though human interaction can be, many consumers prefer to do their own research on the Internet. For better or worse, this is where many of them form their opinions on vitamins and supplements, and it’s why some retailers are trying to take control of the conversation with in-store devices, shelf talkers and custom publications. Aisle7, a health information and technology firm, provides in-store information kiosks to Kroger, Safeway, Whole Foods Market and other supermarkets. For vitamins and supplements, these kiosks feature an easy-to-understand, three-star rating system that reflects the supporting science behind a supplement’s claims.

“There might be 15 different supplements recommended to prevent osteoporosis, but only two or three of them are supported by solid science,” said Skye Lininger, CEO of Aisle7.

Retailers may not like to see some of their products cast in a negative light like this, but many appreciate the feedback. That’s certainly the stance Kanter takes when speaking about the recent skepticism aimed at vitamins and supplements.

“I don’t crave the negative publicity, but it does help us sharpen our message,” he said.

Negative publicity isn’t the only threat vitamin and supplement makers see to their industry. The Food and Drug Administration’s draft guidance for new dietary ingredients (NDI) seeks to clarify the agency’s position on reviewing new supplements before they come to market. Manufacturers and trade associations, however, claim the guidance oversteps the original authority given to the FDA back in 1994, and could cost the industry billions.

Then there’s functional food and beverages, which claim many of the same benefits supplements do. One that’s generating buzz right now is Nawgan, a canned drink that claims to improve mental acuity. The functional market has grown from $7.4 billion in 2004 to $9.2 billion in 2010, according to Mintel data, and could claim a further share of the supplement market as it continues to grow.

“These fortified foods and beverages may seem, for some consumers, an ideal way to get more of the nutrients they desire,” said Molly Maier, senior health and wellness analyst with Mintel.