It’s tough enough getting certified on a single attribute, much less three. But Hain-Celestial Group’s WestSoy product line was able to gain organic, kosher and non-GMO certification in record time thanks to the emergence of multiple audit programs that streamline the verification process.

“They would have needed to set up separate days, and separate times, waiting for an inspector for each,” said Steve Sichel, director of development for Star-K, a non-profit kosher certification organization. “That’s no longer the case.”

Star-K worked with Quality Assurance International and the Non-GMO project to develop the consolidated inspections for the WestSoy items. Each firm determined which elements in their individual evaluations were common to the other two. As a result, the inspection time was cut by almost two-thirds.

“The advantage is having a one-stop shop that cuts through a lot of redundancy each time a company needs to get certified for something,” noted Tom Chestnut, vice president of food safety and quality for NSF International, QAI’s parent.

The efficiencies in MAP were the reason that supplement maker FoodState pursued combined audits for organic and gluten-free certification for nine products under its MegaFood brand of supplements.

“The process of doing these certifications can be really complicated and we really wanted to meet consumer demand as  quickly as possible,” said Bethany Glaser, regulatory affairs associate for FoodState.

The audits were completed in tandem and saved the company “thousands of dollars” in up-front expenses, as well as an untold number of man hours devoted to processing what is essentially duplicate paperwork, she said.

The MAP developed by QAI was introduced earlier this year and covers the most popular certifications: organic, gluten-free and Global Food Safety Initiative-benchmarked standards. Kosher and non-GMO certification can be added, as well as audits covering local food sourcing, seafood safety and even social justice.

“Across all of these programs, product integrity is fundamental,” noted Jackie Bowen, general manager of QAI.

Audit bundling is expected to get a big boost now that the U.S. and European Union have signed a far-reaching organic equivalency agreement. Manufacturers reaching out to global food retailers will find their products require additional certifications that further complicate the multiple audit process.

GMO on The Ballot

NEARLY A MILLION California consumers have signed on to an effort that would require the labeling of food products made with genetically modified ingredients. If passed by voters in November, the ballot initiative would make California the first state in the country with such a “Right to Know” law.

The statewide campaign mirrors the ongoing national push for GMO labeling. To date a number of consumer and environmental advocacy groups have petitioned the Food and Drug Administration and other federal agencies for rules regulating GMOs. The protest includes not only crops like soy and corn, but also proteins. A GM salmon is expected to be approved by the FDA before the summer.

In California, the ballot question pits activists against modern farm operators who fear any requirements will be too costly and drive up retail prices. As of late April, supporters had raised close to $1 million, while opponents filed just over half a million dollars.

Health Halos: The Devil Made Me Eat It

AH, THE POWER of positive thinking.

Studies conducted by three universities found that food labels making organic, locally produced or fair trade claims can mislead consumers into thinking the foods are healthier. The authors cited one example in which consumers were more likely to believe that chocolate made by a company described as treating its workers ethically was lower in calories.

The altered perceptions are attributed to the power of the health and wellness message.

Got A Cause? Make It a Day

Non-GMO advocates have their own month, hemp lovers their own week, and whole grain acolytes can now look forward to a day each April filled with sampling, cooking demonstrations, and maybe even a flash mob or two.

In a marketplace full of niche interests, organizers have found that getting on consumers’ calendars is a surefire way to stand out. Like a Groupon or a going-out-of-business sale, awareness events generate excitement with their limited timeframe and money-saving promotions.

“We put the idea out there and tried to encourage everyone to be creative, but what happened went way beyond what we could have imagined,” said Harriman. 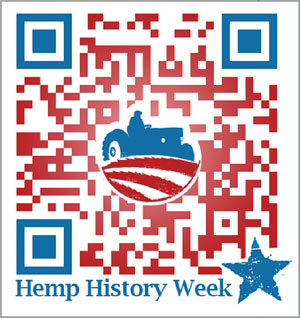 That same enterprising spirit promises to be on display during Hemp History Week in June, aimed at raising support for hemp products and the legalization of hemp growing in the U.S. Students at Ithaca College in upstate New York will hold a weeklong “Hempstravaganza,” complete with panel discussions and the screening of a documentary on Native American hemp growers. Many independent and regional retailers like Earth Fare and Alfalfa’s will celebrate, too, by offering special endcap displays and giveaways. Whole Foods Market has also signed on to offer promotions on numerous hemp products, from soap to cereal. More than 700 retail stores are ready to promote Hemp History Week, up from 470 last year.

“It’s a real testament to how much the industry has grown,” said Christina Volgyesi, project coordinator for the event. “Retailers wouldn’t give us endcap space if they didn’t think the products would turn.”

As consumer awareness continues to build, Harriman hopes retailers remember to convey the message that healthy eating can be fun, and to just have a good time.

“There’s too much of this hold-your-nose-and-eat-it mentality about healthy food, and we really want to get past that,” she said.

Local, sustainable, artisan... These are today’s buzzwords that sell food products. As they become more popular, older ones like organic are in danger of becoming less relevant.

“It’s not that consumers are losing interest in organic,” said Laurie DeMeritt, president of the Hartman Group, a retail consulting firm. “It’s that they’re looking for new things to layer on top of it.”

The industry is aware of the emerging challenge and is considering steps to improve organic’s visibility. Last autumn, the Organic Trade Association met to discuss the feasibility of a consolidated industry campaign. On the surface, it would seem there’s no need for such support. The OTA’s most recent numbers find that sales of organic foods increased 9.4% last year, to $29 billion. Fresh produce was the largest category, contributing nearly half of the growth.

Yet outside statistics show that more than half of consumers polled stated that it’s more important to buy local produce than organic. A report from Mintel found that the number of  fruit products with a natural/organic claim have declined 58% between 2008 and 2011, while vegetable product launches with the claim have decreased by 77%.

Industry observers say the marketplace is simply becoming too crowded with labels, claims and stories.

“Five or 10 years ago if you were organic it would stick out in a sea of similar products,” said DeMeritt. “Now, it’s not enough.”

Fighting Obesity in the Womb

An ongoing, three-year study in Great Britain is testing whether the diabetes drug metformin can prevent overweight babies being born to obese mothers. One hundred pregnant woman classified as obese will be administered the drug in an attempt to make the birth safer and to bring about healthier newborns.

Doctors are hoping the regimen can help prevent pre-eclampsia, a potentially fatal complication that’s common in the pregnancies of overweight women. Critics fear the moms-to-be will simply opt for treatment with the drug rather than make the hard choice to lose weight prior to pregnancy.

It’s “a shame that it is needed at all,” said one diet expert.

The last place someone with gluten sensitivity might expect to find trouble is in the medications and dietary supplements they consume.

But gluten is often present in prescription and OTC medications as an binding agent. Of more concern is the fact that current regulations do not require disclosure. This lack of labeling can pose a risk for those with celiac disease and other gluten-related disorders.

As the Food and Drug Administration begins to mandate the labeling of allergens in food, the Gluten in Medicine Identification Act of 2012 aims to have pharmaceutical companies label the inactive ingredients in their medications.

Last year, the FDA awarded the National Foundation for Celiac Awareness a $50,000 grant to study the impact of gluten in medications.

As part of a continuing education effort, the NFCA provides pharmacists with an accredited course in recognizing celiac disease as well as developing relationships with supermarkets to make it easier for customers to find the products they need, said Alice Bast, founder and president of the NFCA.

“Food is our medication,” said Bast, who also has celiac disease. “We need to form partnerships with the people who feed us. That’s where we get our education.”

The Fit List: The Best in Health, Wellness and Sustainability
May 21, 2012