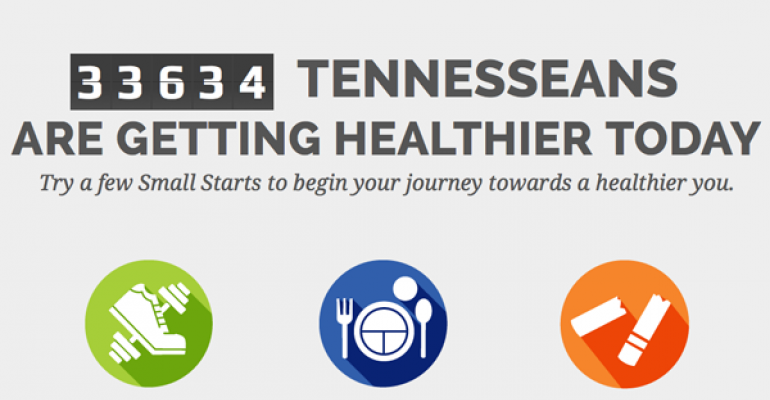 K-VA-T Food Stores, parent of the Food City chain, said it was supporting a new effort underway in Tennessee to drive down that state’s high rates of hypertension, stroke, diabetes, heart disease and several forms of cancer.

The Healthier Tennessee initiative, launched last year by Gov. Bill Haslam, encourages Tennesseans to adopt beneficial lifestyle patterns, such as becoming more physically active and eating nutritious foods in the right portions. The program, including a new Small Starts program focused on group health efforts in workplaces, is designed to reverse Tennessee's standing as one of the least healthy states in the nation.

In a news release, K-VA-T CEO Steve Smith said the company was willing to meet with businesses that are interested in starting employee wellness programs.

"We are focused on improving our region's health and believe the well-regarded NuVal Nutritional Scoring System we introduced in our stores was an important investment in our customers," Smith said. "But we cannot accomplish these changes on our own and are pleased programs such as Small Starts and [Wellmont Health System’s] LiveWell are available to supplement what we have initiated. We appreciate Healthier Tennessee and Small Starts because it is setting a model for health all of us can support."