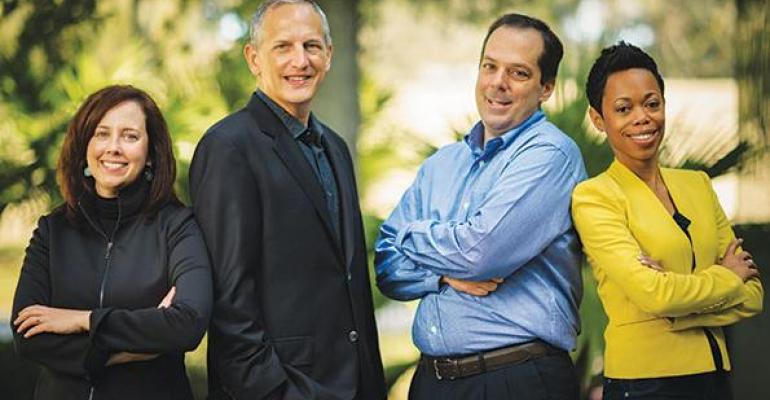 Researchers don’t know for sure why incidence of food allergies are up in the United States — they only know for sure that they are.

According to a 2013 study by the Centers for Disease Control and Prevention, food allergies among children increased approximately 50% between 1997 and 2011. Of the estimated 15 million people with food allergies, around 8% are children. According to the Food Allergy Research and Education (FARE) group, eight foods account for 90% of all food-allergic reactions with peanuts and tree nuts (walnuts, almonds, cashews, pistachios, pecans) the most common. 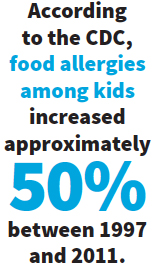 Nut allergies are also the most lethal, and the least likely of food allergies to be outgrown by its sufferers. Its growing prevalence is thought to be an unintended consequence of cleaner, more hygienic food environments, a theory that may explain higher rates of food allergies in developed nations.

For former Winn-Dixie executive Larry Appel, what is eye-opening about the nut allergy phenomenon was not just the above stats on its size and impact, but how awareness has changed the way people shop. Citing a survey conducted in 2014 by Rich Products Corp., Appel was struck by results indicating that 27% of parents shopping for foods to meet school guidelines were reading labels for compliance — and that 25% said awareness of the importance of meeting nut-free standards has caused them to refrain from making a purchase.

“If you’re thinking about that as a grocer, those are meaningful statistics,” Appel told SN in a recent interview. “If you’re thinking about what you need to do to be relevant for your customers, and curate a selection for them, and be value-added, if I can make it easier for mom to figure out what to bring to school I can help my customers. And if 25% of the moms in my store have been walking in my aisles not sure what to do and then walking out, then I’ve got to provide a different suite of solutions for them to help them find what they need in my store.” 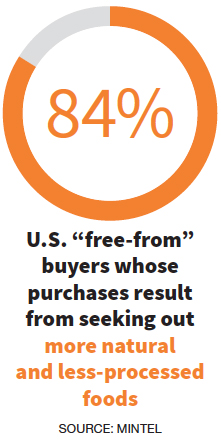 â€‹Appel, who was Winn-Dixie’s COO until 2012, is going after that opportunity directly now as CEO of Skeeter Nut Free, a line of kids' snacks with designs on becoming a leading snack brand. Appel’s former Winn-Dixie colleagues Mary Kellmanson, Javier Retamar and Sharyla Robinson are also on board as chief marketing officer, CFO and VP of marketing, respectively, at the company, which was founded by a pair of dads commiserating the challenges of feeding their own nut-allergic children and growing behind a strategy to raise brand awareness through offerings in preschools and on Jet Blue flights.

In Appel’s estimation, supermarket retailers have generally done a good job responding to the growing prevalence of food allergies from an assortment perspective, but he feels opportunity still exists for retailers to go further. For example, stores should understand that many shoppers for allergen-free foods are buying not for their own family but for groups in places like schools and camps that may include the nut-allergic eaters or prohibit nuts.

“Where [stores] can get better is going from ‘We know gluten is a food allergy so I’m going to have a gluten-free set’ to thinking through what it means to serve that market more fully, to think about the ramifications of that allergy on group and school snacking,” Appel said. “Because of the nature of the allergy, our product is relevant not just when you’re packing a school lunch but for team sport snacks, birthday parties, youth groups.”

Appel, who departed Winn-Dixie following its acquisition by Bi-Lo Holdings, said he was attracted to the position at Skeeter because “I saw this as an opportunity to merge what I loved about retail and what I loved about food. When I looked at allergen-free food I saw a segment of the food industry that was built in a powerful but entrepreneurial way,” often, he noted, by newcomers to the food industry inspired to create when an allergic condition affected a friend or loved one.

“If you could take that passion of the entrepreneur with those who actually know a lot about food and what it takes to build a brand and what it means to be successful at retail, that would allow you to build a leading brand in the space,” Appel said.