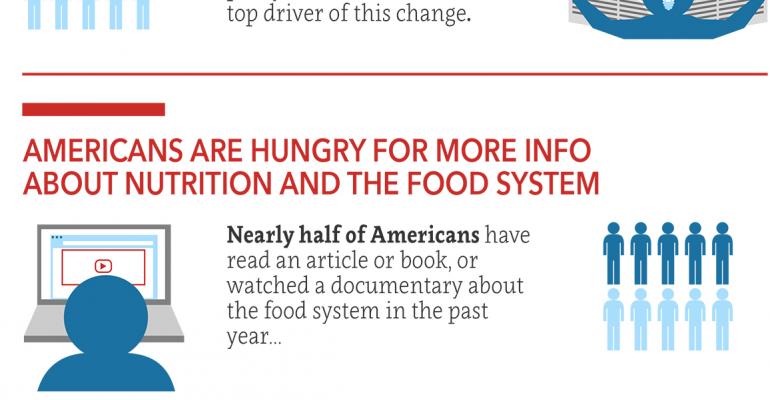 A significant number of Americans have changed their minds or behaviors around food and nutrition issues in the last year, finds the International Food Information Council Foundations’ 2016 Food and Health Survey, “Food Decision 2016: The Impact of a Growing National Food Dialogue.”

When asked whether their opinions had changed about a number of dietary components, 31% indicated that they’d changed their mind about at least one of them, with media headlines and articles at or near the top of the sources that altered their opinions, in most cases.

“Our 11th annual survey shows that the food dialogue has gained momentum over the past year, with factors including health status, gender, income, education, and age influencing Americans’ views on the food they eat.”

The media were a top source that caused a less healthful view of enriched refined grains, saturated fat, added sugars, and low-calorie sweeteners. Whole grains, protein from plant sources, and natural sugars were among the dietary components that gained a more healthful opinion from consumers based on media headlines.

More Americans are scrutinizing food labels, with 47% saying they look at the ingredient list on food or beverage packages when deciding what to purchase, up from 40% in 2015. These consumers may be checking for the absence of certain ingredients, rather than the presence of others since 35% of Americans define a “healthy” food that doesn’t contain or contains minimal amounts of certain components such as fat and sugar.

The survey also found that: