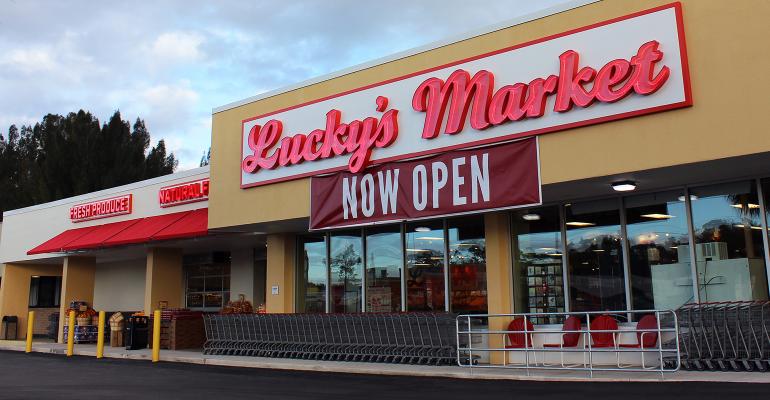 Lucky’s Market has begun offering products containing cannabidiol (CBD), an ingredient made from the hemp plant that has been the subject of federal scrutiny and questions surrounding its legality.

CBD, which is found in an increasing array of products and is often touted as having medicinal benefits, has been controversial because the U.S. Drug Enforcement Agency (DEA) has deemed the ingredient to be a schedule I controlled substance. That classification is currently being challenged by several companies that make CBD products, who argue that CBD-based products do not have any of the intoxicating effects of marijuana.

In addition to the DEA’s classification, the U.S. Food & Drug Administration has ruled that products containing CBD as an active ingredient cannot be sold as dietary supplements.

Although selling products containing CBD would appear to violate federal law, there have been few attempts to crack down on retailers who offer these products, according to reports. Its use has expanded as more and more states have legalized marijuana, and in some cases these states have specifically legalized the use of CBD products as well, contradicting the DEA’s classification of CBD as an illegal drug.

The products remain under the scrutiny of federal officials. This month, the FDA sent warning letters to four companies that manufacture CBD products and make claims about their ability to fight cancer.

“Selling these unapproved products with unsubstantiated therapeutic claims is not only a violation of the Federal Food, Drug and Cosmetic Act, but also can put patients at risk as these products have not been proven to be safe or effective,” the FDA said in a statement.

The FDA said it has “grown increasingly concerned” about products that claim to treat serious diseases such as cancer. CBD “is not FDA approved in any drug product for any indication,” the FDA said.

“The FDA has issued several warning letters for similar violations in 2015 and 2016, and will continue to monitor and take swift action against companies that egregiously promote and sell unproven treatments,” said Michael Felberbaum, a press officer for the FDA, in an email.

The companies that received the warning letters have been making claims that the products prevented or cured cancer, killed or inhibited cancer cells or tumors and other similar claims. Some of the products were also marketed as an alternative or additional treatment for Alzheimer’s and other diseases.

In the October issue of its Health & Happiness magazine, Boulder, Colo.-based Lucky’s Market, which is backed by Kroger Co., featured CBD products as its cover story in conjunction with the rollout of the products to its 25 stores around the country.

The article notes that growing hemp for industrial purposes in the U.S. is prohibited, but it concludes that CBD is “legal in all 50 states.” The article does not clarify whether that is a reference to possession of CBD products or to the sale of such products.

A spokeswoman for Lucky’s declined to discuss the company’s position on CBD, saying the company is “taking a backseat to being proactive on this topic.”

“We carry full spectrum of hemp products, and they are selling well in stores,” said Krista Torvik, the Lucky’s spokeswoman.

In an interview with cannabis news website The Cannabist, Sindy Wise, director of apothecary at Lucky’s, said the chain believes CBD is legal, “otherwise we wouldn’t sell it.”

According to reports, Target Corp. briefly offered CBD products from Boulder-based CW Hemp through its website earlier this year, but removed it almost immediately.

Walmart, meanwhile, offers several CBD products on its website through its Marketplace platform. The products all appear to be sold and shipped by other companies, however.

In a letter to the U.S. Food & Drug Administration in September, the Hemp Industries Association (HIA) recently argued that CBD has medicinal benefits and should be treated as an over-the-counter substance available without a prescription, much like vitamins and other dietary supplements.

“It is our review that despite the Drug Enforcement Administration’s claims, hemp-derived CBD is not a controlled substance which has never been designated as such by an act of Congress,” Colleen Keahey, executive director of the HIA, wrote in commentary to the FDA. “Cannabidiol is one of the naturally occurring, non-psychotropic and non-intoxicating phytocannabinoids in industrial hemp and ought to be universally accessible to people of all ages with no international restrictions as CBD is not addictive, not harmful, nor does it have the potential for abuse.”