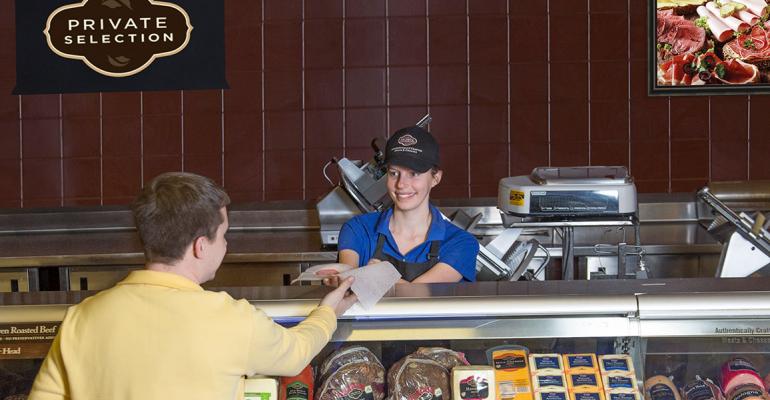 Customers probably won’t notice a recent change to Kroger’s deli case, but employees stand to benefit in a big way.

All of the retailer’s Private Selection cheeses were transitioned to Sealed Air’s Cryovac Grip & Tear easy-open bags, eliminating the need for knives behind the counter. Kroger made a similar move with its private label deli meats a few years ago.

“Initial impact, especially on meat and including cheese, the impact safety-wise has been nothing but positive. We’ve reduced incidents. I don’t have an exact quantifiable number, but we’ve reduced incidents,” Brad Bankson, Kroger’s manufacturing category manager for deli cheese, told SN.

The switch also helped with food safety by decreasing the risk of cross-contamination, and sped up the slicing process.

“From a process standpoint the easy-open bag has allowed us to get the product to the slicer quicker from the deli case without having to find an extra tool,” said Bankson.

The retailer first reached out to Sealed Air in December 2014, and then gradually transitioned its deli cheese packaging from March to December of 2015. The process involved working with suppliers to make sure they could handle the update from an equipment standpoint, and then using up existing inventory.

Kroger made the switch at all its stores across all banners. It encompassed 10 SKUs from four suppliers, and totals almost two million bags in yearly volume. 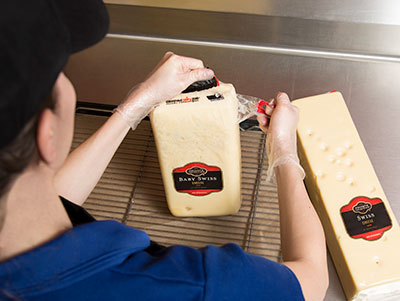 The packaging update also gave Kroger the opportunity to move the logo on the bags so that it would stand out when customers looked at the deli case.

“We worked with their graphics department and our graphics department to size the loaf and the bag and make sure that the label was down close so that while on display the customers could see the brand and see the product name and all of that,” said Jerry Kelly, national business development manager — Retail Task Force, Sealed Air.

One challenge Kroger encountered was that the retailer and its suppliers were using different standards when it came to packaging dimensions.

“There were initially some miscommunications and some lost in translations to where I wasn’t on the same page just because it’s just two different industries. I can sell the heck out of cheese, but I can’t package it,” said Bankson.

The retailer also found two of its suppliers — including a Kroger-owned dairy plant — did not have the equipment necessary to change to Grip & Tear bags. Bankson said he is working with those suppliers to find an alternative solution.

For most suppliers, the transition wasn’t a problem.

“In the cheese industry, what you have are a lot of niche suppliers. They’re smaller operations, and maybe they’re family-owned. And so for them, Kroger is a great customer. They love Kroger,” said Kelly. “If Kroger wants a change, let’s do the change.”