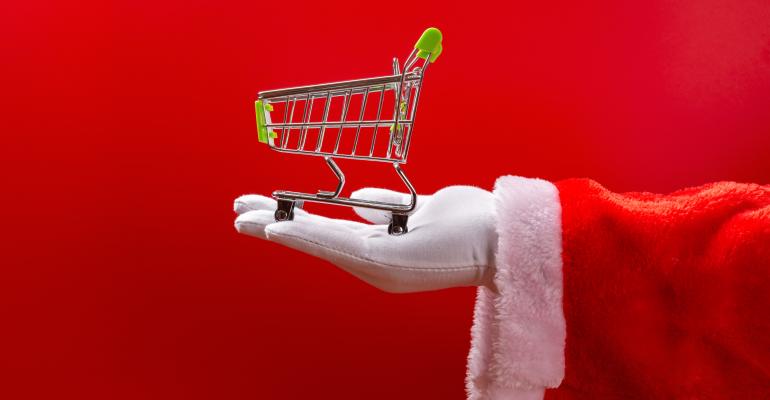 Here's 5 things you missed in grocery

Holiday sales back on track: After consumers embraced a “buy early” strategy during last year’s holiday season to avoid out-of-stocks, shoppers this year appear to have returned to their pre-pandemic routines, some retailers said. In a conference call with investors discussing third-quarter earnings, Bob Eddy, president and CEO of BJ’s Wholesale Club, said consumers “seem like they’re back on a normal purchasing pattern this year,” adding that other retailers have reported similar observations. It could be that while out-of-stocks and supply chain delays were top of mind among consumers last year, this year they are instead more concerned about price than product availability. Research from the Hartman Group and FMI, however, cautioned that many consumers are still concerned about their favorite holiday foods being out-of-stock—including 43% of households with children—so grocers should be prepared for early demand on popular holiday meal items and treats, even if shoppers are buying gifts at the last minute. —Mark Hamstra

Where’d it all go? Sure, there were a lot of new products on display at the Private Label Manufacturers Association in Chicago last week—like cheese made from oats and gluten-free sauces. There were even a few new uses for CBDs (think lip balm) and some great eco-friendly nonfoods (think bamboo). But there were also some casualties, categories that didn’t make it through COVID. In the three years since the exposition was last held, the store brand world has apparently lost interest in meal kits and Paleo diets. Some broader food trends like pumpkin spice and juice cleanses also seem to be treading water and, yes, even quinoa seems not immune to fad fatigue. —Ron Margulis

A chilly forecast: U.S. shoppers are heading towards a winter of discontent. In its monthly survey of consumer confidence levels, the University of Michigan reported that consumer sentiment in October remained essentially flat, indicating ongoing concerns about an uncertain economy. “Overall sentiment remains low by historical standards and remains consistent with a recession to come,” said one economist. She added that consumers “believe the economy will worsen before it improves.” Brrrr. —Richard Mitchell

The great hot dog wars: There’s a new hot dog (price) in town. Costco has long maintained its $1.50 hot dog, soda combo price, but now Sam’s Club has announced a (gasp) $1.38 hot dog and drink deal. And it’s not just dogs. “The members’ dollar [is] going further at Sam’s Club, too, with racks of lamb and lobster tails priced more than 40% lower than last year,” Walmart CEO Doug McMillon said on an earnings call Tuesday. Will Costco get into a dog bidding war? Frankly, we do give a damn. —Chloe Riley

Won’t someone think of the jazz players? In some Onion-style good fun, The Chicago Genius Herald explores the effect a potential Kroger, Albertsons merger could have on the city’s “already stretched thin jazz trio population.” Mariano’s must have its Saturday morning live pianists, and those musicians have to come from somewhere! To quote the fictitious “Robert ‘Boots Daddy’ Field,” musical historian and local jazz trombonist: “With our current population of trios we’d be unable to meet the demand of two ‘fancy’ grocery chains. There’s only so many people in this city who know how to play slow, jazzy covers of popular music and show tunes!” —CR

**
Shoppers this year appear to have returned to their pre-pandemic routines, according to some retailers. Does that match with what you're seeing at store level? Drop your thoughts in the comments below, or email your thoughts to SN Executive Editor Chloe Riley at [email protected]