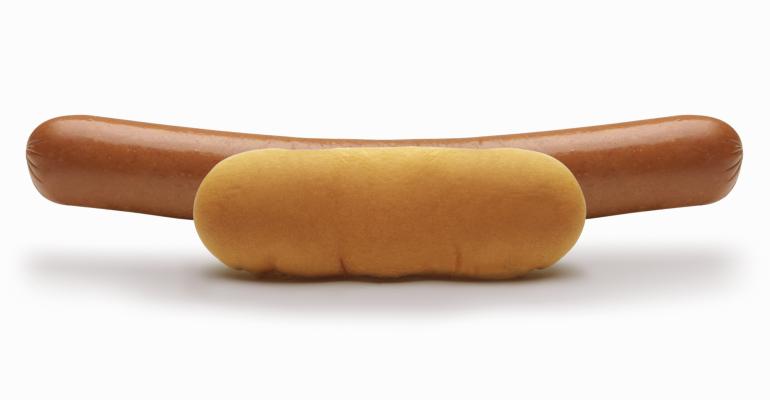 5 things: ‘If you raise the effing hot dog, I will kill you.’

Online grocery has come a long way: U.S. online grocery sales were virtually flat year-over-year in August, down less than 1% to $8.5 billion, according to research by strategic advisory firm Brick Meets Click. But the bigger picture here is how far the e-grocery market has come, as noted in this video convo between Brick Meets Click’s David Bishop and Sylvain Perrier, CEO of grocery e-commerce firm Mercatus. “Let’s step back and not just look at it versus a year ago or even 2020 but pre-COVID. We’re still 4x higher than where we were,” Bishop said, referring to the $2 billion in online grocery sales in August 2019. “The key point is…we’re still at an extremely high, elevated level that doesn’t show any near-term signs of weakening considerably from here going forward.” –Russell Redman

What Alibaba knows about grocery’s future: Omnichannel. It was a buzzword at the recent Groceryshop conference, and it’s certainly a strategy that giants like Kroger and Walmart have been leaning into hard. CNBC writes that it’s a concept pioneered in China in 2016 when e-commerce giant Alibaba founder Jack Ma coined the term “New Retail” and then proceeded to open 300 high-tech Freshippo-branded supermarkets in 27 Chinese cities. The takeaway for grocery? According to Michael Zakkour of 5 New Digital: “The lesson that American retailers are learning is that their operations can be more efficient with higher margins when retail and e-commerce are seamlessly integrated.” Well all right then. –Chloe Riley

No place to be rude: For most Americans, the COVID-19 pandemic turned grocery shopping upside down. Many people went online to buy groceries, while those still going to the store had to adjust their habits in navigating the aisles. But HuffPost talked to etiquette experts and found that traditional pet peeves remain. The “10 of the rudest things you can do at the grocery store” include using the express line with too many items, snatching items from other shoppers’ carts, not returning your cart and impatience in the parking lot. The takeaway? Mind your manners. –RR

Here’s one way to fight inflation: Grocery prices might be fluctuating faster than the stock market these days, but at least one thing isn’t changing – Costco Wholesale has vowed to keep its hot dog and soda combo at $1.50, literally forever. Costco CFO Richard Galanti said recently he’s not worried about not increasing the cost of the meal (which, if adjusted for inflation, would be $4.11 now). Back in 2018, Costco CEO Craig Jelinek went to Costco co-founder Jim Sinegal saying they’d have to raise the cost of the meal. Sinegal's response? “If you raise the effing hot dog, I will kill you. Figure it out.” That ultimately led to the company building its own hot dog-manufacturing plant. Where there’s a will, there’s a way. –CR

Leaning into the ‘Gram: You could let social media influencers tout your products, or you can just hop on there and create content yourself. Like this mini guide to purchasing Gouda cheese that Whole Foods posted on Instagram. It’s simple, effective, and at the end of the very short video, it has a plug for an upcoming sale for all the brand’s Gouda varieties. The moral of the story? Millennials and Gen Z may want your discounted cheese, but if they’re not engaging with a snail mail promotion, you could miss out on those sales. And that’s not gouda. –CR