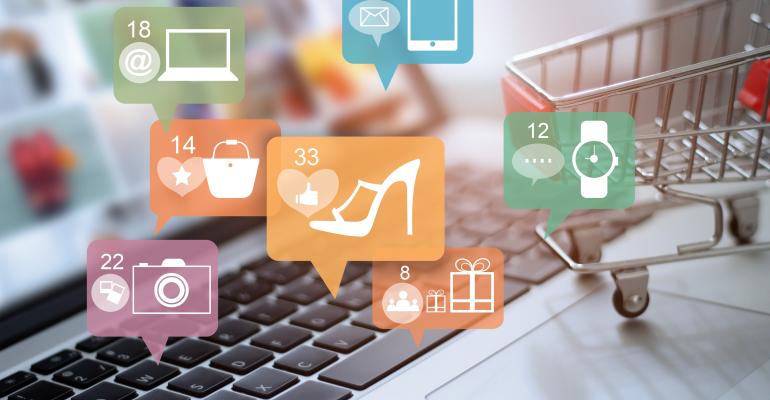 5 things: Retail media is ramping up

Here's 5 things you missed in grocery

Retail media, coming atcha in 2023: Retailers like CVS and Target have sought to turn websites into ad platforms, in an effort to replicate the success of Amazon’s fast-growing ad business, which generates roughly $30 billion a year, writes Modern Retail. Last year, some of the second-tier advertising players (think Walmart and Instacart) made some subtle but critical changes to their retail media businesses. (Adding a larger variety of ad formats, expanding partner programs). It’s all part of a bid to offer brands a platform that parallels Amazon’s in terms of ease of use and scale. Why does it matter? Analysts project that 2023 could be a make-or-break year for this space, as retailers invest a lot more capital into building out these types of offerings. —Chloe Riley

Cardi B opines on inflation: The superstar rap artist known as Cardi B still cares about the price of groceries. After lamenting grocery inflation, including $6 heads of lettuce, in a couple of recent Twitter posts and then taking some flack from people who said she’s too rich to worry about such things, she shot back with a profanity-laced video explaining that she keeps a careful eye on spending. “If I think that $#!% is crazy, I can only imagine what middle class people or people in the hood think,” she said. It turns out that her singling out lettuce was spot on: Lettuce has experienced some of the sharpest inflation, up about 25% over a year ago, according to the recent CPI report. —Mark Hamstra

‘Hot and fresh’: Whole Foods Market recently opened its newest grocery store in New York City's financial district and she’s a beaut. The store boasts Whole Foods’ largest selection yet of locally made products from the surrounding tri-state area — over 1,000 items. And it’s also just nice to look at. The 42,000-square-foot supermarket is located inside a historic Art Deco-style building dating back almost a century. “It feels luscious,” one shopper said, “because everything is, like, hot and fresh. It’s like putting on a new pair of socks for the first time.” And we all know what that’s like. —CR

Go Bills go: In Western New York, the residents take the Buffalo Bills seriously. And with the NFL team among the favorites to reach the Super Bowl, the region’s major supermarket chains are jumping on the bandwagon. Wegmans is leveraging its designation as the team’s “Official Tailgate Headquarters” with a plethora of merchandising vehicles, ranging from Bills paraphernalia to submarine sandwich bags in team colors with the Bills logo and a “Let’s Go Buffalo” message in the “meals 2GO” section. Initiatives at Tops Friendly Markets include a long sign with the Bills logo stretching the length of a seafood case. Let the games begin! —Richard Mitchell

That’s one way to retire: An 82-year-old Navy veteran working at a Maryland Walmart has now retired thanks to an interaction with a customer that went viral on social media. The employee, Butch Marion, officially retired from his job weeks after a customer walked into the store and filmed Marion ringing up items in the checkout line. The video then went viral on TikTok, and raised over $100,000 for Marion. The customer who filmed the video had seen a previous TikTok video where exactly the same thing happened. Should we all be so lucky. —CR