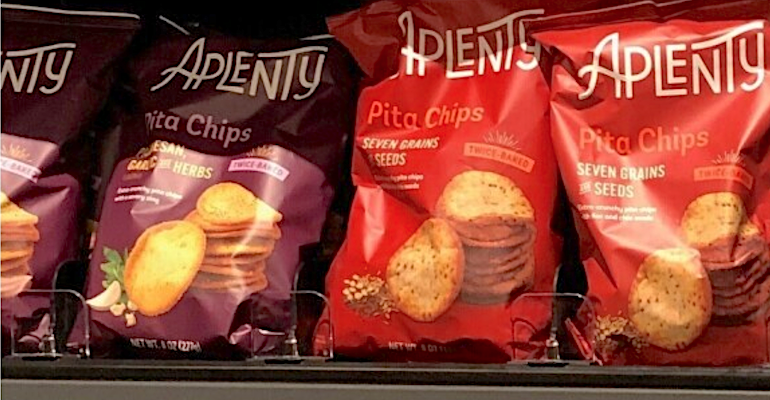 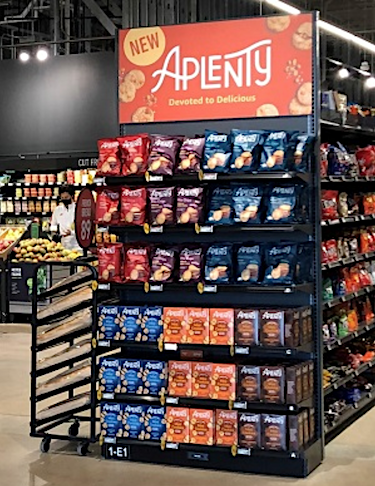 According to Amazon, the brand is “developed to the highest standards, with recipes rooted in quality ingredients” and use no artificial flavors, synthetic colors or high-fructose corn syrup. The retailer noted that Aplenty products also are “rigorously taste-tested to exceed our customers’ expectations” and backed up with a “Delicious Guarantee,” in which customers can get a refund of the purchase price if not satisfied.

“This private label isn’t designed as a flanker to advertised brands; it’s a competitor to them,” strategic advisory firm Brick Meets Click wrote in an analysis of Aplenty upon the brand’s launch. “This more aggressive posture looks like it has been prompted by the growth of the Amazon Fresh e-comm platform and the rapid proliferation of Amazon Fresh stores, both of which are designed to convert occasional grocery buyers from Amazon.com into regular grocery shoppers at Amazon Fresh.” 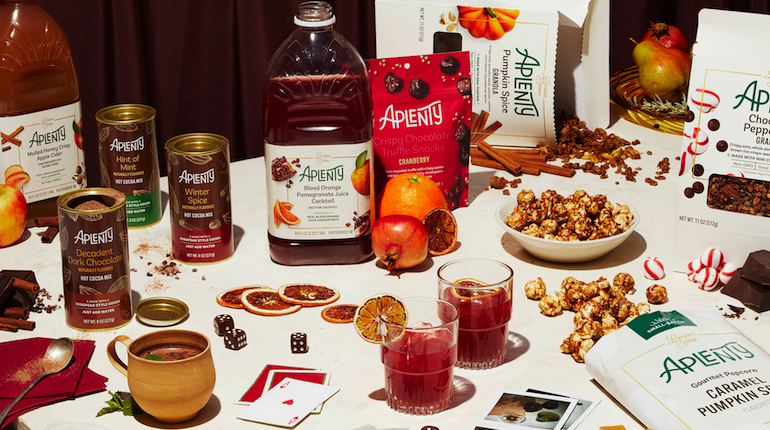 Aplenty products slated to roll out in the next couple of weeks feature a holiday twist.

Overall, Amazon now operates 44 Amazon Fresh grocery stores, including 18 in California; nine in Illinois; five each in Virginia and Washington state; two apiece in Maryland and in Pennsylvania; and one apiece in New Jersey, New York and the District of Columbia.

Barrington, Ill.-based Brick Meets Click described Aplenty as “thoughtfully designed and positioned to have its own stand-alone appeal” but noted that the label isn’t meant to replace all the flavors and sizes of comparable items from advertised brands. The likelier objective, Brick Meets Click said, is to focus Aplenty on top selling SKUs, the 20% of items that generate 80% of sales.

“We expect that Aplenty will be more of a disruptor, ultimately shifting sales from advertised brands to this new alternative as it drives Amazon’s growth in sales and gross profit,” according to Brick Meets Click. “Assuming Amazon’s disruptive private-label is strategy is successful, then the advertised brands affected will need to revisit their focus on growing through line extensions and uncover other ways to offset their lost sales.”