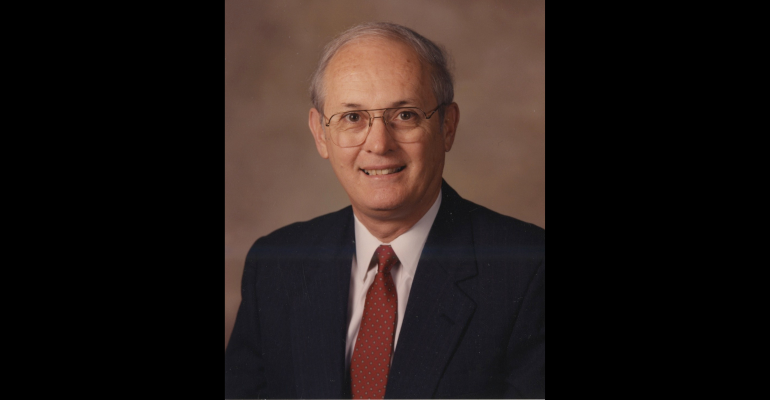 Dierbergs Markets
Dierberg, a third-generation grocer, joined the St. Louis-based company in 1969 after a career at McDonnell aircraft
Issues & Trends

Dierberg, a third-generation grocer, joined the St. Louis-based company in 1969 after a career at McDonnell aircraft

Roger Dierberg, a longtime leader at Dierbergs Markets and the first chairman of the National Grocers Association, died Jan. 18 at age 88.

The cause of death was not immediately available.

Dierberg, a third-generation grocer, joined the St. Louis-based company in 1969 after a career at McDonnell aircraft. He and his cousin, Bob Dierberg, worked together to help expand the family-owned chain from two locations to 20 during Roger Dierberg’s time with the company.

“We always checked in with each other on important business decisions,” said Bob Dierberg, chairman of Dierbergs Markets, in a statement. “That’s why we had such a successful business relationship. It was a mutual relationship of trust for each other’s opinions.”

Dierbergs Markets became known for being one of the more upscale grocery options in the St. Louis market, although the company always strived to be accessible to people of all incomes, the Dierbergs told SN in a 2004 interview.

The Dierberg family traces the company’s roots to a store called The 14-Mile House in Creve Coeur, Mo., which in the 1800s served as a place where settlers bound for the Western U.S. could stock up on provisions. William F. Dierberg Sr., Bob Dierberg’s grandfather, acquired the store in 1914.

Roger Dierberg was active in the industry at both the state and national levels. He was one of the founding executive committee members of the NGA and became its first chairman in 1983. In 1996, he was recognized by the Missouri Grocers Association as the Grocer of the Year.

“The Missouri Grocers Association would not be where it is today without the leadership and passion for the industry of Roger Dierberg,” said Dan Shaul, executive state director, MGA, in a statement.

Roger Dierberg also had a passion for service and addressing food insecurity, which led to the longstanding partnership between Dierbergs and Operation Food Search in St. Louis. He also led philanthropic efforts for the Food Industry Crusade Against Hunger.

He was preceding in death by his wife of 65 years, Barbara. He also leaves a son, a daughter and several grandchildren.

A service was scheduled for Jan. 23 in St. Louis. In lieu of flowers, the family asked that contributions be made to The Lutheran High School Association, Lutheran Family and Children’s Services or to the charity of your choice.