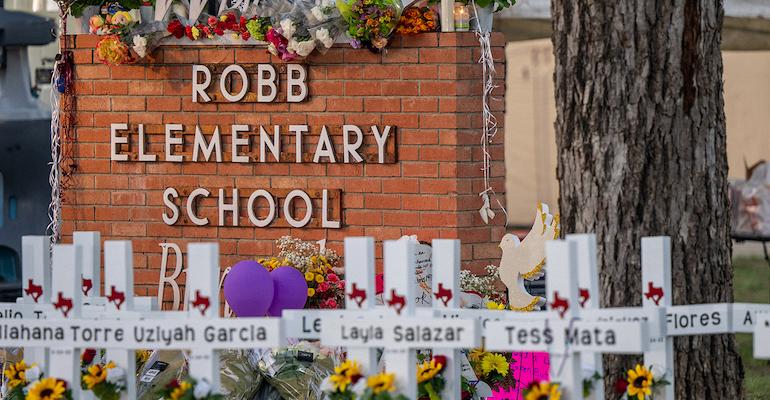 Brandon Bell/Getty Images
The gunman at the Robb Elementary School in Uvalde, Texas, killed 19 students and two teachers and wounded 17 people. H-E-B has operated a store in Uvalde for decades.
Issues & Trends

H-E-B supports Uvalde community with $500,000 in aid after school shooting

H-E-B is committing $500,000 to aid Texans affected by this week’s shooting at the Robb Elementary School in Uvalde, Texas, that killed 21 people, mostly children.

The Texas grocer also said yesterday that its H-E-B, Central Market, Joe V’s Smart Shop and Mi Tienda stores began enabling customers to make monetary donations at the register in amounts of $1, $3, $5, $50 or $100. Shoppers also can donate at the checkout screen for H-E-B Curbside and Home Delivery orders as well as directly via the Favor Delivery app after checkout.

Monetary donations will go to the Spirit of Giving Fund, a 501(c)(3) nonprofit that H-E-B created following Hurricane Harvey and the 2017 shooting that killed 26 people at the First Baptist Church in Sutherland Springs, Texas. Additional donations to support the fund can be made at heb.com/donate. All funds collected from the donation campaign for the Spirit of Giving Fund will benefit the victims and families of Robb Elementary School in Uvalde. 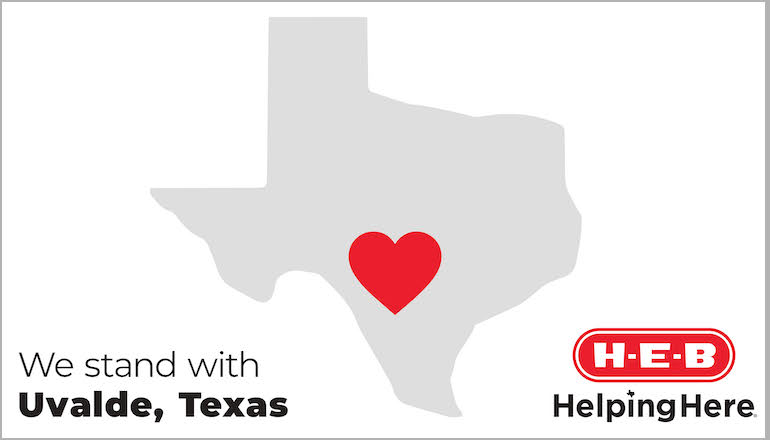 H-E-B noted that it has been part of the Uvalde community for decades. The chain currently operates a store on East Main Street in Uvalde.

“Our hearts go out to all the families during this tragic and painful time,” Winell Herron, group vice president of public affairs, diversity and environmental affairs at H-E-B, said in a statement. “Our neighbors in Uvalde, including many of our H-E-B Partners, have connections to someone touched by this tragedy. We grieve alongside them as they face unimaginable loss. It is our hope that H‑E‑B’s support, along with our loyal customers’ donations, will help during this difficult situation.”

San Antonio-based H-E-B also said it has mobilized additional assistance in the aftermath of the Uvalde tragedy. H‑E‑B stores in the area and H-E-B Mobile Kitchens will provide meals, supplies and other resources to community support centers, first responders and the local school district. The retailer added that it will work with nonprofit organizations aid to those in need as well as provide crisis counselors to support H-E-B Partners and neighbors throughout the community.

Shortly before noon on Tuesday, May 24, a lone gunman with an assault rifle crashed his car in a ditch near the Robb Elementary School in Uvalde — about 85 miles west of San Antonio — and then entered the school through a back or side door. He began shooting inside the school, killing 19 students and two teachers and wounding 17 other people. A Border Patrol tactical unit responded to the scene, and one of its agents shot and killed the suspect, identified as 18-year-old Salvador Ramos. Authorities said the alleged shooter had posted messages of his intentions on Facebook, including saying that he planned to shoot his grandmother and was targeting an elementary school. Police confirmed he shot grandmother, who is now recovering in a hospital, before driving off in her car.