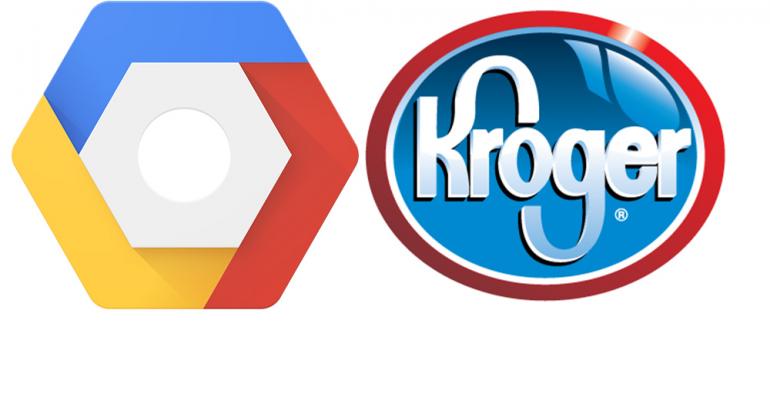 Kroger opts for Google Cloud instead of Amazon

Kroger Co. said Wednesday it will expand its use of the Google Cloud Platform for its cloud computing services to help advance its e-commerce initiatives, among other uses.

The move comes after Amazon, which offers the widely used Amazon Web Services platform for cloud computing, acquired Whole Foods Market earlier this year and became a much bigger threat to traditional grocery operators such as Kroger.

In an interview with CNBC, Chris Hjelm, Kroger’s chief information officer, said the company was seeking to avoid helping to grow Amazon’s business. The report said Kroger has split its “millions of dollars” of cloud computing business between both Google Cloud and Microsoft Azure. It also uses a service from Pivotal.

Kroger is using Azure for location-based digital shelf technology that will interact with customers’ cell phones, CNBC said, while it is using Google for e-commerce and data-related initiatives.

"The adoption of Google Cloud Platform signals our commitment to positioning Kroger as an industry leader for digital programs such as ship-to-home and home delivery," Hjelm said in a statement.

Many retailers are also reportedly fearful of having their data stored on an Amazon-owned service while they are competing against the company’s e-commerce operations.

Amazon Web Services reportedly has about 34% of the cloud-computing market, and is a highly profitable division of the company, helping support its less-profitable ventures.