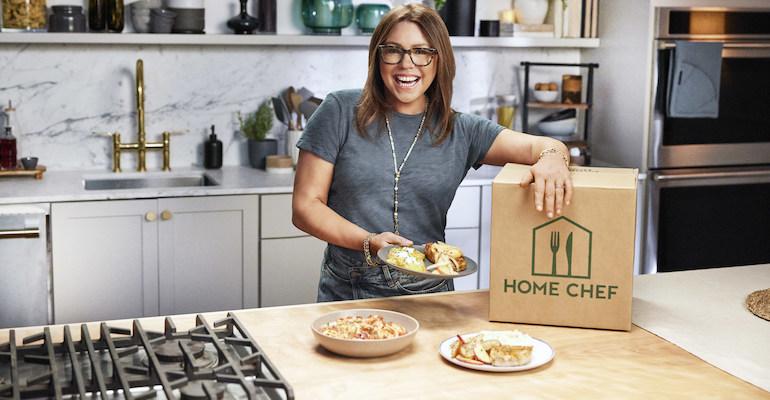 Cincinnati-based Kroger said this week that new meal kits with Rachael Ray recipes will roll out monthly to more than 1,300 stores across Kroger Co. supermarket banners through March 17. More Rachael Ray recipes also can be ordered online for home delivery directly from Home Chef at homechef.com/rachael.

“Rachael Ray, widely known for her quick, easy-to-prepare recipes, popular cooking shows and best-selling cookbooks, and Home Chef have come together to offer a series of meals from new Rachael recipes that are simple, convenient and delicious,” Dan De La Rosa, group vice president of fresh merchandising at Kroger, said in a statement. “Personalized food experiences do not have to be complicated. We know customers have busy schedules, and we’re excited to offer special meal kits that even the most inexperienced home cook can prepare, offered in collaboration with Rachael Ray.” 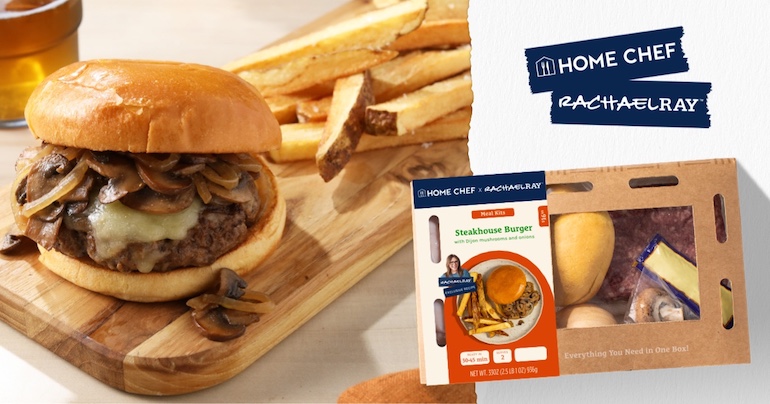 New Rachael Ray meal recipes will roll out monthly to over 1,300 Kroger Co. stores through mid-March.

The first Rachael Ray Home Chef meal kit hitting stores guides customers through an easy-to-follow recipe for a steakhouse burger with dijon mushrooms and onions. Besides the burger, other recipes available both in stores and online include Pork Lo Mein with carrots and bok choy as well as sausage, pepper and onion pasta bake with ricotta.

Home Chef, part of Kroger’s own-brands portfolio, unveiled the partnership with Rachael Ray in September, noting that the weekly rotation of meals will cover 26 recipes over six months.

“I am so excited to partner with Home Chef to bring tasty, easy-to-prepare meals to homes nationwide,” Rachael Ray stated when the partnership was announced. “Teaching others how to cook has always been a passion of mine, and this collaboration allows me to help people build confidence in the kitchen with my own recipes delivered straight to your door.”

Home Chef was acquired by Kroger in mid-2018 and has since rolled out its products to over 2,200 Kroger Co. stores nationwide and entered new categories. In quarterly earnings calls, Kroger executives have cited strong sales for Home Chef since the pandemic, and last fall the brand reached sales of $1 billion. Erik Jensen became Home Chef CEO this past February, succeeding founder Pat Vihtelic, who is slated to serve on the company’s advisory board to the end of 2022.

In July, Home Chef said it has expanded its Southeast footprint to a new production center that brings more capacity and additional efficiencies. The 181,000 square-foot location in Douglasville, Ga., marks Home Chef’s first production site to incorporate a full-service kitchen for cooking and batch production of ingredients to be used in the brand’s meals. Home Chef noted that the Douglasville facility will serve both its e-commerce meal delivery service and retail products businesses.