The Grand Rapids, Mich.-based retailer said this week that Capital City Market customers will be able to order from Goodfellas Bagel Deli’s breakfast menu all day, as well as from an expanded lunch and dinner menu, or buy hot or cold grab-and-go sandwiches and sit down to eat it at the market’s café. The deli also takes bulk orders to go, and free parking is available behind the market. 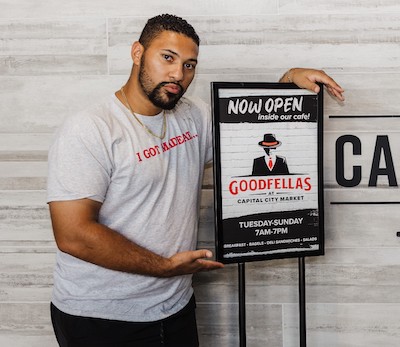 Launched in downtown Lansing in 2019, Goodfellas Bagel Deli — about a block away from Capital City Market — specializes in unique and traditional bagel sandwiches made with fresh ingredients, some sourced locally, including Cochran Bros., which distributes fresh baked breads. The opening inside Capital City Market represents the deli’s second location, which also serves up exclusive menu and convenience offerings, according to Capital City store manager Robert Lajcaj.

“Identifying and cultivating local partnerships is part of the fabric that makes our small format stores so unique,” Lajcaj explained. “I’ve ordered sandwiches from Goodfellas numerous times over the years, and I’ve been continuously impressed with not only the quality of food but the attention given to their customers. I’m excited to see them grow within our store.” 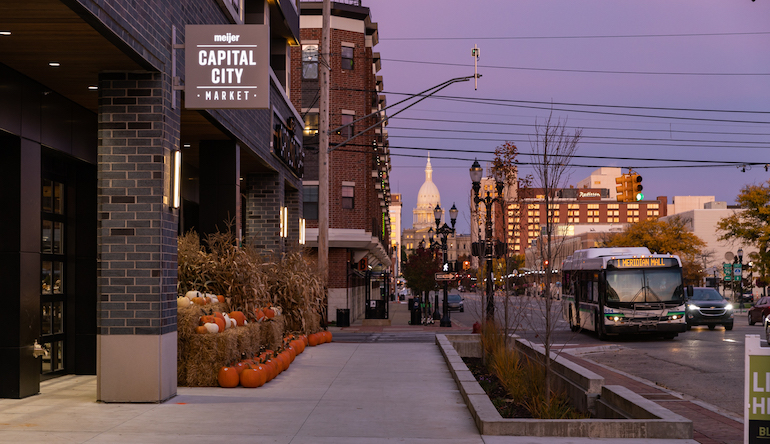 “I really enjoy the team at Capital City Market, and I’m looking forward to the new doors this partnership has already started to open for my business,” commented Adrian Joseph, owner of Goodfellas Bagel Deli. “We’ve done a good job of creating a really solid fan base, and now we’ll be able to do so much more.”