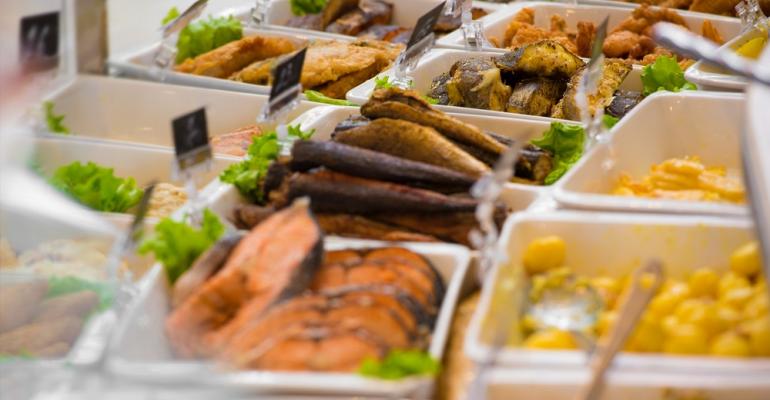 Retailers need to be 'prepared' when courting Millennials

According to the United States Department of Agriculture, 2018 is going to be the first year where Millennials will surpass Baby Boomers as the generation with the highest spending power, and a report – The Millennial Menu – issued by Alliance Bernstein, says grocery retailers should step up to the plate by honing their prepared foods and take-out selections.

Bernstein researchers note that nearly two-thirds of Millennials purchase prepared foods from some sort of limited-service restaurant every week.

“The battle for share of stomach is a constant, but both food retailers and restaurants have new weapons in their arsenals,” the report notes. “Retailers’ prepared food offerings are growing in quality, leading some to dub them grocerants, while restaurants are making their food increasingly accessible through to-go and delivery.”

That bodes well for meal-kit manufacturers and supermarkets that sell components and easy-to-assemble meals and prepared foods, especially since Millennials are happy to pay extra for the convenience.

“Millennials spend far less time on food prep than older generations do – despite the fact that they work the fewest number of hours per week, even fewer than traditionalists, many of whom are retirement aged,” the report said. “It is not surprising to find then, that Millennials allocate the highest share of their food budgets to prepared food, 7.5% versus 6.6-6.9% for the other generations.”

That is changing shopping patterns.

“Millennials make fewer shopping trips, shop across fewer stores, and are the least likely of the cohorts to use a coupon, although they do shop on deal,” Bernstein researchers noted.

That is why restaurants, such as McDonald’s, have had such great success with dollar menu items, the report suggests.

Supermarkets are still the preferred avenue of grocery shopping for Millennials, accounting for 63% of their shopping trips, followed by supercenters with 20%, club stores (6%), mass merchandisers (4%), dollar stores (2%), and drugstores and convenience stores with 1% each. By comparison, the same percentage of Baby Boomers shop supermarkets, followed by supercenters (18%), clubs (9%), dollar stores (3%), mass merchandisers (2%), and drugstores (1%).

According to the USDA and Bernstein analysis, 62.3% of Millennials have purchased prepared foods within the last seven days, compared to 56.4% of Gen X’ers, 59.0% of Baby Boomers and 46.7% of Traditionalists.