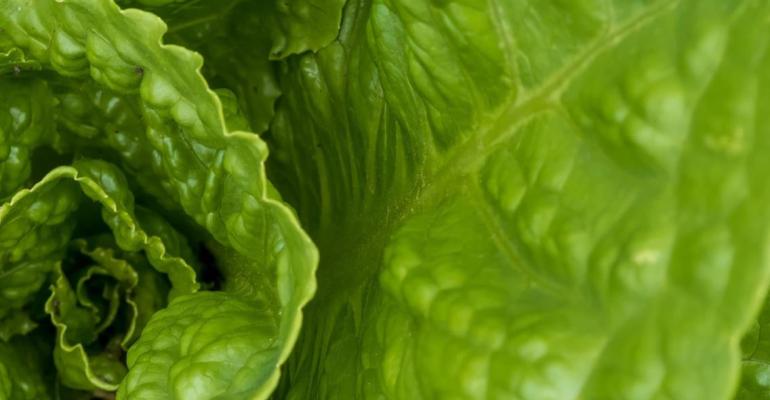 The U.S. fresh produce and floral industries support 2.2 million total jobs across all 50 states and $120.1 billion in labor income, nearly reaching pre-COVID levels, according to an economic impact study conducted on behalf of the International Fresh Produce Association. The report highlights the significant role the industry plays not only as an employer, but as being critical to the U.S. food system.

The Economic Impact of the U.S. Fresh Produce and Floral Supply Industry, compiled by Jack Kleinhenz of Kleinhenz & Associates and released today in Washington, marks the first time the trade organization representing the entire fresh produce and floral supply chain has conducted a comprehensive study of its role in U.S. jobs, taxes, and wages. The findings highlight that the industry plays a significant economic role in each state, adding $339.4 billion to the national output in 2022. In addition, federal, state, and local taxes generated by the industry, and the spin-off industry sales their activity generates, total $43.7 billion per year.

"Fresh produce and floral products are important to every single American as we not only seek to provide nutrients to keep people healthy, but employ millions of Americans and pump billions of dollars into the U.S. economy," said Cathy Burns, CEO of IFPA. "This study, the first of its kind, highlights our vital role and affirms our commitment to making sure we continue this critical mission, supplying insights into our industry as Congress prepares to reauthorize the Farm Bill."

Nearly 1.2 million jobs are directly tied to the industry's 2022 operations. The absolute number of employees involved in the fresh produce and floral supply industry had declined by 4 percent from 1.18 million workers in 2017 as a result of a COVID-related slowdown. The industry had 1.13 million workers in 2021 and is tracking to reach pre-pandemic levels this year.

The industry's economic impact reaches all 50 states and the District of Columbia to varying degrees depending on factors such as each state's industry mix, wage structure, spending and saving patterns, and connections to other economies. Twenty-nine states have more than 10,000 jobs attributable to the industry; only ten states have less than 4,000. Impact encompasses a diverse range of activities and products that extends beyond farmers and producers, including marketing and distribution, retail, and food services. California leads the way, representing 404,468 workers, or 35 percent of the industry's employment. Washington follows with 99,320 and Florida with 82,013 workers.

"Support for the industry has never been more important," Burns added. "The treatment for the four most prevalent diet-related diseases adds $1.4 trillion dollars to the U.S. national debt each year."

IFPA will be participating in the White House Nutrition Conference scheduled for next week, where we expect a lineup of generation-defining ideas and solutions to improve access, appeal and consumption of fruits and vegetables.

"In order to maintain year-round access to fresh fruits and vegetables at a cost that is affordable for consumers, we must find workers to scale the labor force at all points along the supply chain," Burns said. "The produce industry, despite being a reliable and profitable employer in every state, is seeing a decline in the number of available, skilled workers.  This report shows the impact of delayed labor reform on the workforce, which will continue to impact consumers at foodservice and in grocery stores."

IFPA members from around the country will be in D.C. Sept. 26-28 for the association's Washington Conference and to meet with Congressional leaders. Advocates will hand-deliver copies of the report and make the case for sensible farm, workforce, and nutrition policies that support a healthy produce industry, healthy U.S. economy, and healthy Americans.

The International Fresh Produce Association (IFPA) is the largest and most diverse international association serving the entire fresh produce and floral supply chain and the only to seamlessly integrate world-facing advocacy and industry-facing support. We exist to bring the industry together to create a vibrant future for all. We grow our member's prosperity by conducting advocacy; connecting people and ideas; and offering guidance that allows us all to take action with purpose and confidence. While IFPA is built on the legacy of United Fresh and Produce Marketing Association, it is not just a combination. It is transformational. Recognizing the industry required an even more powerful and unified voice, the leaders of the former United Fresh and Produce Marketing Association chose not to merge, but rather to create an entirely new organization to supersede their organizations, effective January 1, 2022.