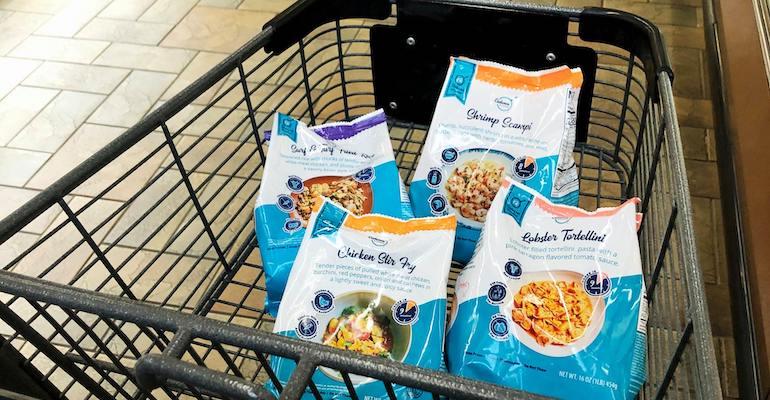 Cadence Kitchen
Flash-frozen entrees and sides from Cadence Kitchen are ready-to-eat in 15 minutes or less, according to United Natural Foods Inc.
Issues & Trends

American consumers are still eating at home more and dining out less, and United Natural Foods Inc. (UNFI) is fulfilling that demand for quick but high-quality meals.

UNFI said Wednesday that it’s adding two new meal solutions — fresh meal kits from Cook•Able and flash-frozen meals from Cadence Kitchen — to its inventory that will give retailers the opportunity to merchandise quick, restaurant-quality meals while cutting labor costs and the time and effort required to produce similar products on their own.

Related: ShopRite owners serve it up Fresh to Table

The on-trend meal solutions, each with a deep, diverse menu, are available nationwide to the more than 30,000 UNFI customer locations, the Providence, R.I.-based grocery distributor said. 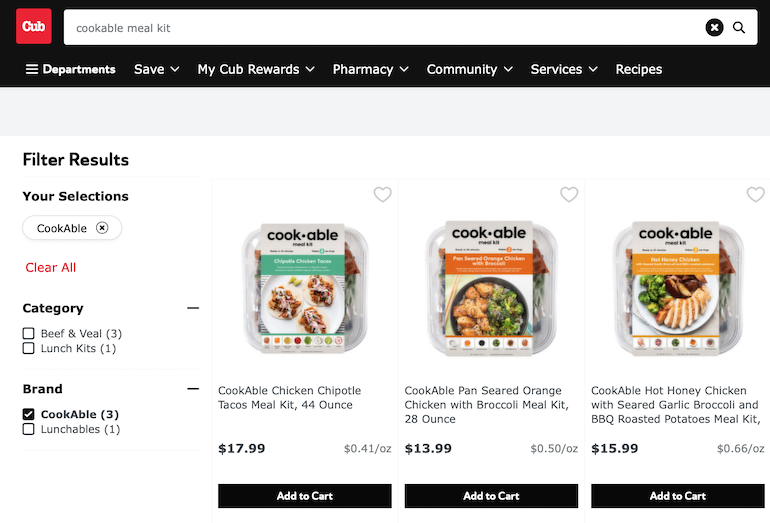 Serving two to four people, Cook•Able meal kits include pre-portioned ingredients and can be prepared in 20 to 25 minutes.

“With consumers continuing to favor eating at home versus away, retailers are looking to offer delicious and effortless products to time-challenged consumers that replicate the restaurant experience at budget friendly pricing,” Jody Barrick, vice president of bakery/deli at UNFI, said in a statement. “These chef-inspired offerings from Cook•Able and Cadence Kitchen give retailers a fast, delicious and reasonably priced turnkey experience, affording their teams additional time to focus on serving their customers.”

UNFI described that Cook•Able meal kits as “fresh, simple and flavorful.” The meals include pre-portioned ingredients that serve two to four people and are ready in 20 to 25 minutes. They are shelf-stable for 14 days and available at a suggested retail price of $12.99 to $19.99.

The Cadence Kitchen meals include a wide range of international menu items and flavor profiles built with “thoughtfully sourced ingredients,” according to UNFI. To give consumers planning flexibility, entrees go from flash-frozen to ready-to-eat in 15 minutes or less, the company said.