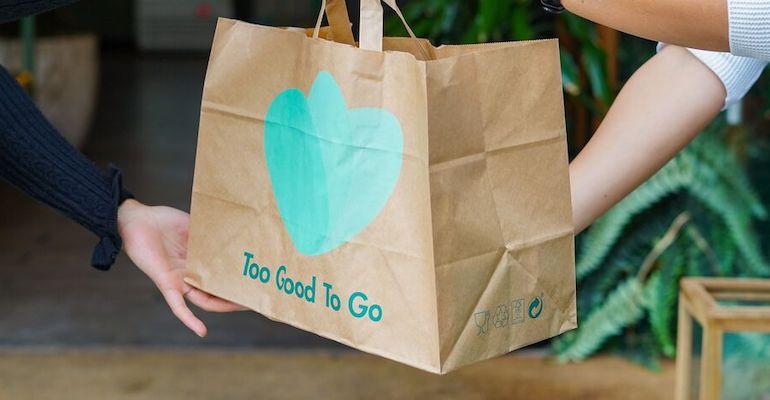 Too Good To Go
Too Good To Go is currently available to UNFI retailers in such markets as New York City, Chicago, San Francisco and Portland, Ore.
Issues & Trends

UNFI to extend reach of Too Good To Go program

A certified B-Corp, New York-based Too Good To Go provides an app that gives consumers access to an online marketplace of surplus food that would otherwise be discarded by grocery stores, restaurants, bakeries and other merchants. UNFI said Tuesday that, since piloting the app in its Atlantic region, Too Good To Go has become one of the fastest-growing solutions available to retail customers through its UNFI Professional Services arm, with the number of grocers offering the program nearly doubling after the first year.

Currently, Too Good To Go is available to UNFI retailers in selected cities nationwide, including New York City, Chicago, San Francisco and Portland (Ore.), and plans call for the program to roll out to the distributor’s customers in additional cities this year, UNFI reported.

“A core value underpinning UNFI’s ESG [environmental, social and governance] priorities is our long-standing commitment to doing what’s right for people and the planet while working to assure a safe and nutritious food supply for everyone,” UNFI Chief Growth Officer Matt Whitney said in a statement. “We embrace the opportunity to use our expertise, influence and scale to be a force for positive change within the food system, and we strive to help retailers implement simple solutions that make a real, lasting impact.” 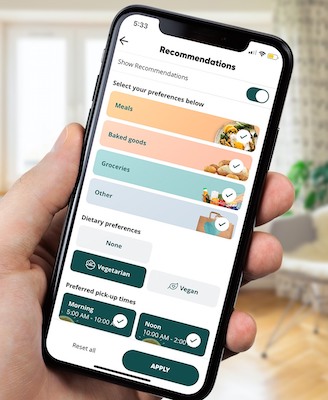 Via the Too Good To Go app, consumers can browse soon-to-expire and surplus food from grocers and purchase it at substantially reduced prices for store pickup.

The Too Good To Go mobile app connects people with businesses that have extra food so it can be eaten instead of wasted. When grocers have soon-to-expire or surplus food, they bundle it into “surprise bags” offered at significantly reduced prices. Shoppers reserve the bags using the Too Good To Go app and then are alotted a time window to pick up the food at the store. Providence-based UNFI said consumers benefit by getting good food at “greatly discounted” prices, and businesses benefit by reaching a new customer base while recovering the cost of food earmarked for a landfill.

In the process, both consumers and merchants also help fight climate change and food insecurity. UNFI in 2020 set goals to halve food waste in its distribution centers by 2025 and eliminate all waste to landfills from DC operations by 2030.

“We are excited to work with UNFI to expand our ability to save more food by connecting our users with uneaten, extra products at independent retail stores,” commented Tyler Simmons, head of U.S. key accounts at Too Good To Go. “By working together, we can help ensure delicious food doesn’t go to waste. That’s a big win for people, businesses and our planet.” 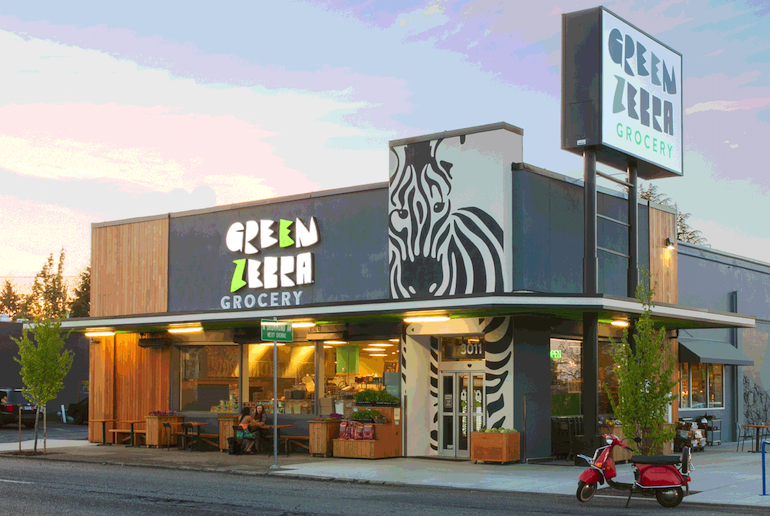 UNFI customer Green Zebra Grocery sells Too Good To Go bags containing $15 worth of food for $4.99.

For example, UNFI said wholesale customer Green Zebra Grocery in Portland, Ore., fills its Too Good To Go bags with prepared food as well as bread, dairy products and produce at the peak of freshness, offering $15 worth of food for $4.99. According to the distributor, 99% of Too Good To Go users have given their experience an average of four out of stars.

“Our customers love getting fresh, healthy food at drastically reduced pricing through the Too Good To Go program, and we feel good about reducing food waste,” stated Lisa Sedlar, founder and CEO of Green Zebra Grocery. “The more natural and organic food that gets consumed by our community members, the better.”