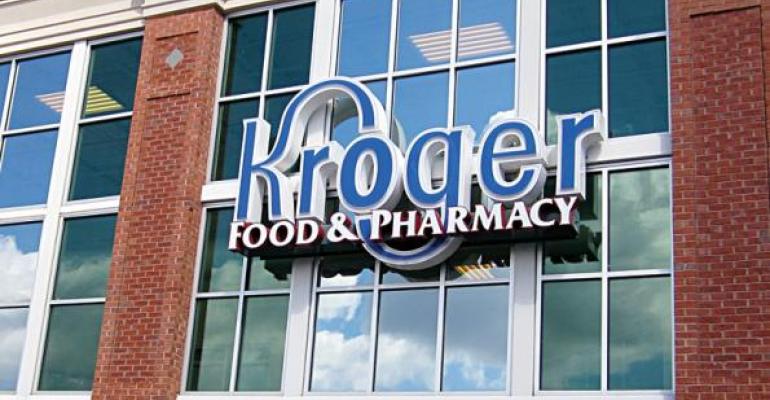 Kroger Co. on Wednesday affirmed its financial guidance for the remainder of the fiscal year but said same-store sales in the current third quarter may or may not fall within that range.

In its annual presentation for investors in Cincinnati, Mike Schlotman, Kroger's CFO, said non-fuel identical store sales during the third quarter — which ends next week — were at the low end of the 0.5% to 1.5% range the company issued in September, and whether the company meets that goal would come down to its performance during the quarter's final two weeks. He explained that was difficult to predict because of a calendar shift affecting timing of Halloween sales, among other changes, when comparing last year's third quarter.

"Going into the last two weeks we were right at the bottom end of that half-percent [guidance]. Sitting here today that's going to be difficult to read because last week had sales shift to this week. So the last two weeks of the quarter will tell exactly where we wind up in IDs for this quarter," he said.

Kroger in September revised its ID sales forecast downward to account for effects of product-price deflation but the affirmation helped stock climb by nearly 5% by Wednesday afternoon. As officials said in September, non-fuel identical-store sales are expected to fall in the 1.4% to 1.8% range for the year, with earnings per share in the $2.03 to $2.10 range.

Schlotman however acknowledged quarterly EPS targets could be affected if Kroger misses the range of its expected ID sales.

With uncertainty about sales this very week coloring the near-term prospects, CEO Rodney McMullen urged investors to consider the bigger picture, highlighting Kroger's potential to capture a greater share of the $1.5 trillion Americans spend on food every year.

"That’s a massive market and a massive opportunity," McMullen said. "The typical customer will eat 35 to 45 times a week, plus snacks. How many of those meals do we want to try to make sure we’re solving for? We're increasingly defining that opportunity as all of those, instead of whenever a customer cooks at home."