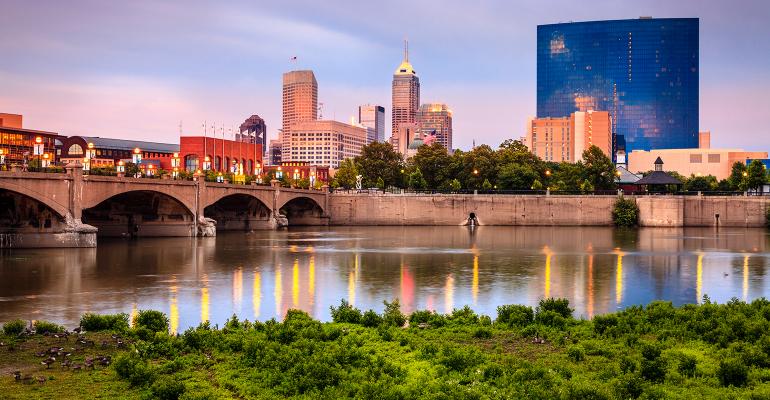 Ever since Kroger Co. unveiled plans two years go to invest nearly half a billion dollars to expand in central Indiana, the Cincinnati-based retailer has not taken its foot off the gas pedal.

Last week plans were unveiled for yet another Kroger Marketplace supercenter in the market — which would be its fifth — while at the same time longtime hometown grocer Marsh is preparing to close yet another store this Saturday. The closure, which would follow another Marsh closure about three weeks ago, will leave the chain with 67 locations in the market, down from 73 at the end of 2015.

David Palmer, senior VP of sales, marketing and advertising at Marsh, told SN the chain, which has been owned since 2006 by investment firm Sun Capital Partners, has no plans to close additional stores.

“We do continue to look for locations for new stores,” he said, although no additional stores are currently in development.

Meanwhile Grand Rapids, Mich.-based Meijer recently added another supercenter in the market, its 12th location, and Fresh Thyme Farmers Market, the smaller “fresh box” format backed by Meijer, continues to expand there as well. It now operates six stores in Indianapolis, including four in the city itself and one each in the suburbs of Fisher and Carmel, Indiana.

Giant Eagle entered the Indianapolis market in 2015 with one of its large Market District stores, but has since only expanded its GetGo convenience-store chain in the area and has backed off its pursuit of larger locations, local observers said.

“The new Krogers are fantastic,” he said of the Marketplace stores in the market. “For a 125,000-square-foot store, it’s very easy to shop. It’s a very well-thought-out store.”

At the other end of the size spectrum, Gray noted that limited-assortment banners Aldi and Save-A-Lot have also both added several stores in recent years.

Meanwhile Indianapolis is gearing up for the planned opening of Whole Foods location in the city’s resurgent downtown area, he said. That store, at the base of a planned residential complex, has been delayed by construction problems but could open by the end of this year, according to local reports.

“People are moving downtown, and now the amenities are starting to come,” said Gray.

The new, 40,000-square foot Whole Foods would be just a few blocks from a downtown Marsh Supermarket that opened in 2014, the chain’s only store opening under Sun Capital’s ownership. Marsh also operates a store under the O’Malia’s banner in downtown Indianapolis.

“Both stores downtown are doing well,” said Palmer of Marsh. “They are benefitting from population growth, from competition and from our loyal customer base.”

Gray said he doesn’t know of any other food retailers vying for downtown space, or any new chains seeking to enter the market at all for that matter.

“It is a very competitive landscape to say the least,” he said. “It’s great for the consumer.”